Impact of GST on the Cement Industry

Cement will attract 28% GST resulting in increased costs for the infrastructure sector. Are there any positives for the industry? Read our analysis here.

The Indian cement industry is the second largest cement producer in the world right after China.  The Indian Government is highly focused on developing infrastructure, affordable housing and roads as announced by the FM Mr. Arun Jaitley in the Budget 2017. So, the cement industry is expected to get a boost in the near future. The question though is, will the implementation of GST affect this projected growth?

Under the VAT Regime

The tax rates for cement is extremely complex. For example, there are various rates and specific duties of excise applicable on different types of cement depending on whether they are supplied in bulk form or in packaged form or whether for industrial or trade purposes. The effective rates including excise & VAT totals up to around 24-25%.

Impact of GST on Cement

Cement will attract 28% GST, i.e., a higher rate of tax which means increased costs for the infrastructure sector.

Cement Bonded Particle Board will attract 12%

The main raw materials for cement are limestone, coal and electricity. The tax rates on these are as follows: 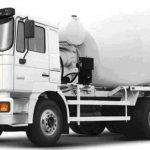 Nothing is mentioned regarding the royalty that the cement companies pay to the state governments for quarrying limestone. Clean energy cess is levied on coal, which is not available as an input credit because it is not subsumed by GST.

So, these two factors will continue to be outside the purview of GST and will be included in the cost of the cement production even after GST is implemented, as was done previously.

Cement manufacturers can heave a sigh of relief as the supply chain management of cement will get a boost under GST. Most companies maintain multiple warehouses across states to avoid CST and state entry taxes. These warehouses generally operate below their capacity which leads to operational inefficiencies. Like other sectors, the cement companies will also consolidate their warehouses and maintain warehouses in areas where it is most beneficial (such as Nagpur-0-mile city) thus leading to operational economies.

Most of the cement manufacturers are located near limestone quarries. But demand for cement is pan-India which means that the cost of transporting cement from the manufacturer to the buyer is pretty high. Now, with GST the logistics industry is also going to be overhauled. The transit time will decline as vehicles will spend lesser time at checkpoints. This will lead to lower transportation costs and in turn, the cement industry will save transport costs.

All these multiple rates will be done away with under GST. Only a fixed rate of 28% will apply on cement. This will result in lesser compliances and less complexity.

All these put together may reduce the operating costs for the cement industry in the future. However, reduction in costs for the end-consumer will occur only if the cement companies pass on their savings to the consumers. Till then, it is expected that prices of cement will increase, at least temporarily, once GST is implemented. In turn, costs for infrastructure and housing which are highly dependent on cement, will also increase.