HUF, a Way to Save Income Tax

HUF means Hindu Undivided Family. You can save taxes by creating a family unit and pooling in assets to form a HUF. HUF is taxed separately from its members. A Hindu family can come together and form a HUF. Buddhists, Jains, and Sikhs can also form a HUF. HUF has its own PAN and files tax returns independent of its members.

2. Tax implications of forming a HUF

How to save tax by forming an HUF? 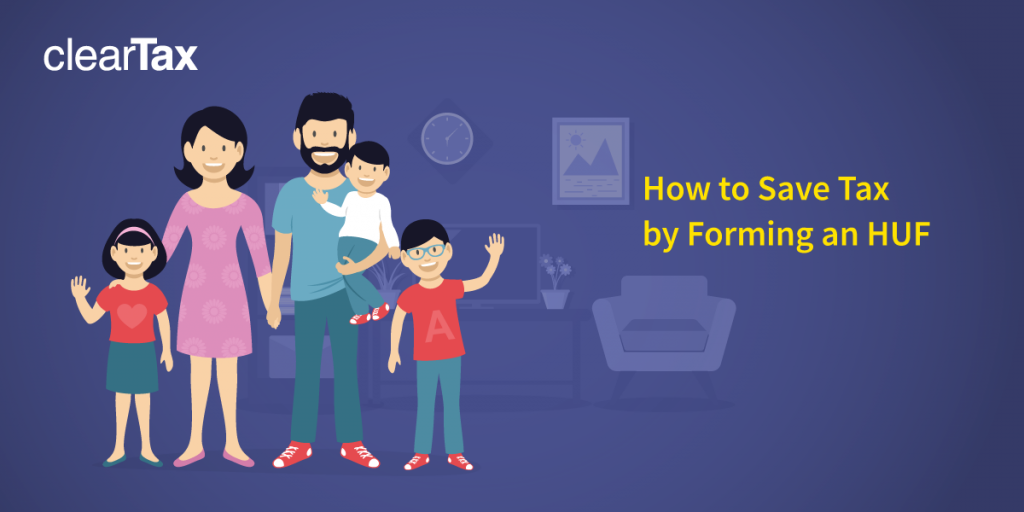 A HUF is taxed separately from its members, therefore, deductions (such as under Section 80) or exemptions allowed under the tax laws can be claimed by it separately. For example, if you and your spouse along with your 2 children decide to create a HUF, all 4 of you as well as the HUF can claim a deduction for Section 80C. HUF is usually used by families as a means to build assets. Let’s understand in detail.

How is HUF taxed? 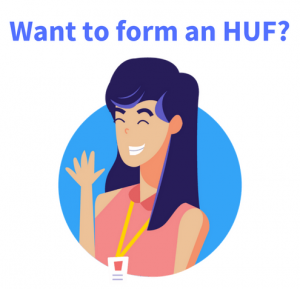 Due to this tax arrangement, Mr Chopra saved tax of Rs 1,54,500. Both HUF and Mr Chopra (as well as other members of the HUF) can claim a deduction under section 80C. Furthermore, the income of the HUF can be invested by the HUF and will continue to be taxed in the hands of the HUF. Need help with estimating your taxes as an HUF? Our CAs can help you

While there are tax advantages of forming an HUF, you must also meet some conditions –

4. Disadvantage of forming an HUF

Though HUF seems like the perfect way to save tax as a family, it comes with its own drawbacks. Equal rights of members: The greatest disadvantage of opening a HUF is that its members have equal rights on the property. The common property cannot be sold without the concurrence of all the members. Any additions to the family, by way of birth or marriage, become a member of the HUF and get equal rights. A HUF can get too large to manage. Partition: Perhaps the worst nightmare of opening a HUF is closing it down. The only way a HUF can be dissolved is by a partition. All members have to agree to dissolve the HUF. Under a partition, assets are distributed to members which can lead to a lot of disputes and can be a lot of legal hassle. Joint family system losing relevance: HUF was recognised as a separate taxable entity by the income tax department. However, in today’s times, where nuclear families are the norm, HUF is losing relevance. Several cases have come to fore where couples or families are fighting it out on common household expenses, forget to pool in of assets. Divorce rates are rising and therefore, HUF as a tax vehicle is losing importance. HUF continues to be assessed as such till partition: Once a HUF is formed, you must continue to file its tax returns, unless a partition takes place. Any claim for partition is made to the assessing officer. The assessing officer, on receiving such a claim, must make an enquiry after giving due notice to the members. Income from the property which was partitioned is taxed as individual income of the member. If the member forms another HUF with his wife and children, the income of the property which was transferred from the original HUF is taxed in the hands of new HUF.

Finish your E-filing for FREE with ClearTax

Want to Form an HUF?