14th March 2020*
The new GST return system will be implemented from October 2020.
The present return filing system (GSTR-1, 2A & 3B) will continue until September 2020.
*Subject to CBIC notification

What is the New GST Return System?

In the 31st GST Council Meet, it was decided that a New Return System under GST would be introduced for taxpayers. This return system will contain simplified return forms, for ease of filing across taxpayers registered under GST.Under this New Return System, there will be one main return GST RET-1 and 2 annexures GST ANX-1 and GST ANX-2. This return will need to be filed on a monthly basis, except for small taxpayers who can opt to file the same quarterly. Small taxpayers are taxpayers with a turnover up to Rs 5 crore in the preceding financial year.

Forms to be filed under the New GST Return System

The main return GST RET-1 will contain details of all supplies made, input tax credit availed, and the payment of taxes, along with interest, if any. This return will contain two annexure forms namely GST ANX-1 and GST ANX-2. GST ANX-1 (Annexure of Outward Supplies) is for reporting details of all outward supplies, inward supplies liable to reverse charge, and import of goods and services, that will need to be reported invoice-wise (except for  B2C supplies) on a real-time basis.

GST ANX-2 (Annexure of Inward Supplies) will report details of all inward supplies. Most of these details will be auto-drafted from the details uploaded by the suppliers in their GST ANX-1. The recipient of supplies will be able to take action on these auto-drafted documents, which will be available to them on a real-time basis.

The GST Network (GSTN) has introduced an interactive web-based prototype of the Offline Tool of the new return system. With this demo version of the prototype, a taxpayer will be able to navigate across different pages. This prototype will also allow a user to experience various functionalities such as drop-down menus, upload of invoices, upload of the purchase for verifying with inward supplies (system-created), etc.

Upload of Invoices under the New GST Return System 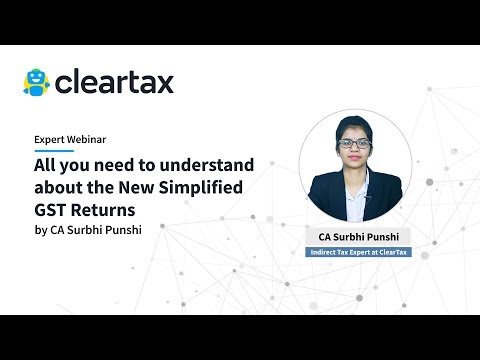