The International Securities Identification Number or ISIN Code is a unique code that is used to identify securities. The National Numbering Agency (NNA) – a country-specific establishment – is responsible for allocating ISINs for all the securities issued in the country.

The origin of the ISIN numbering system dates back to the year 1981. However, it wasn’t widely used until the Group of 30 (G30) nations called for all their members to adopt the numbering system in 1989 to distinguish between various investment tools. A year later, the International Organisation for Standardisation (ISO) joined the Group and started using the ISO 6166 standard as its reference.

Until the year 2000, the ISIN code data was distributed using disks till transmission via the internet. In the year 2004, the ISIN code became extremely important when the European Union (EU) mandated the use of the system for significant regulatory reporting needs.

Main Features of the ISIN

All those involved in trading securities internationally have to use the ISIN numbering scheme. In that sense, the ISIN numbering can be considered as the de facto standard to trade securities. The United States and Canada, however, use the CUSIP numbering system that is similar to ISIN. The main features of the ISIN system are as follows:

An ISIN code is a 12-digit alphanumeric number. This is how the numbering code is broken down: 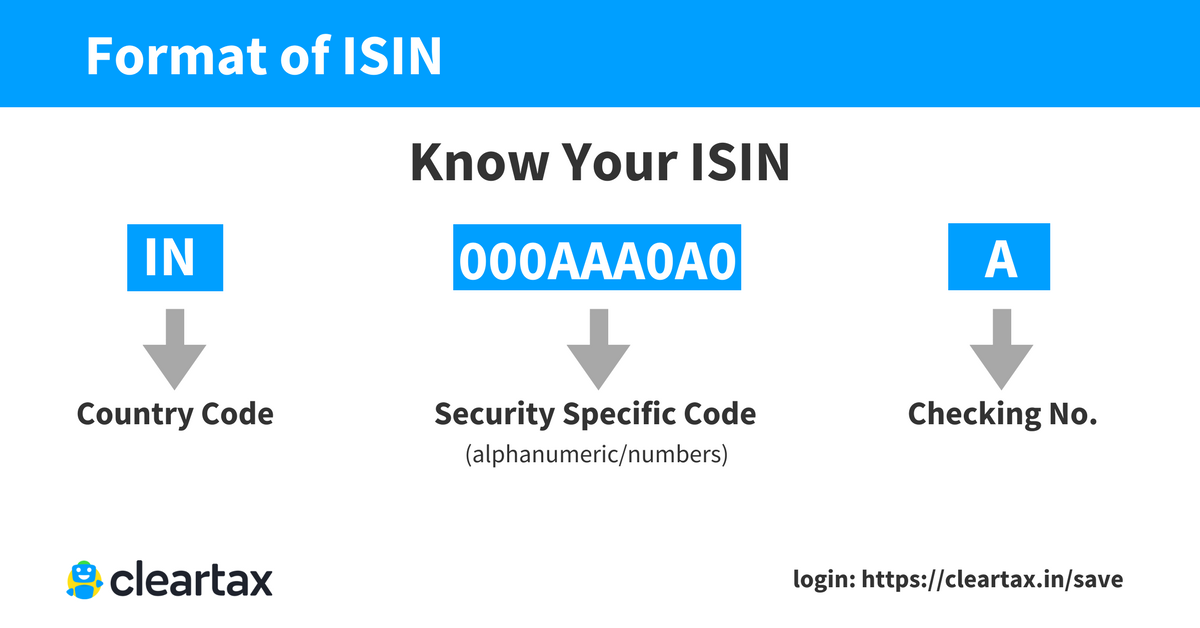 On the other hand, a company located in the US could have an ISIN, which appears as US-000K0VF05-4.

Computer-generated code to protect against counterfeiting

The nine digits of the ISIN, which are security-specific codes, are computer-generated using a complex formula. The code is critical in preventing counterfeiting and forgery.

Governed by the International Organization for Standardization (ISO)

International Organization for Standardisation (ISO 6166) currently defines the structure of the ISIN system. At present, the law states that an ISIN can be attributed to most forms of securities, which includes (but is not limited to) equity shares, units, depositary receipts; debt instruments (bonds, stripped coupons, and principal amounts), T-bills; derivatives; commodities, and currencies.

In India, issuing ISIN for various securities has been assigned to the National Securities Depository Limited (NSDL) by the Securities and Exchange Board of India (SEBI). For the government securities, the allotment of the ISIN code is regulated by the Reserve Bank of India (RBI). The NSDL was established in August 1996, under the aegis of the Depositories Act, 1996. You can use the NSDL website to look up and verify ISIN codes.