Matching, Reversal and Reclaim of ITC

It is easy to guess that you are not fully GST compliant unless your ITC claims are in place. It is beneficial if businesses may have access to a report which specifies what % of their credit is unmatched and they’ll have to work with suppliers to minimise the gaps.

For issue of Scrutiny notices, what does mismatch in credit mean?

Several taxpayers are concerned about the issues around non availability of credit. Here’s basically what mismatched credit means -

Any differences noticed between these returns will lead to scrutiny notices being issued to the taxpayers.

Modes of communicating differences noticed in the returns by officers

Any difference noticed by the authorised officer shall be communicated to the concerned person in FORM GST ASMT-10. 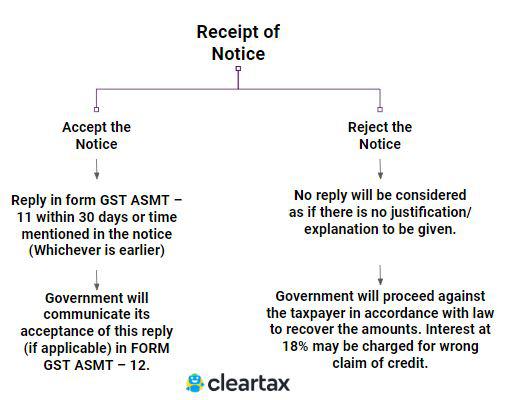 Any differences between your monthly/quarterly/yearly GST returns? ClearTax won't let you worry

As a one stop solution for various taxpayers regarding these notices we suggest to use our products. At ClearTax :

These intelligent reports help to capture ITC leakage before it impacts your tax payments and working capital.

If a discrepancy arises, it can be rectified in the following ways:

Excess ITC claimed w.r.t. declaration by supplier or outward supply is not declared by the Supplier:

For example: If the discrepancy is communicated in the month of July and not rectified by supplier, then the ITC claimed earlier shall be added to the output tax liability of the recipient for the following month of August.

Duplication of claim of ITC by recipient:

In case of additions, the recipient shall be required to pay an interest not exceeding 18% on the amount added to the output tax liability from the date of availing the ITC till the additions are made in returns. 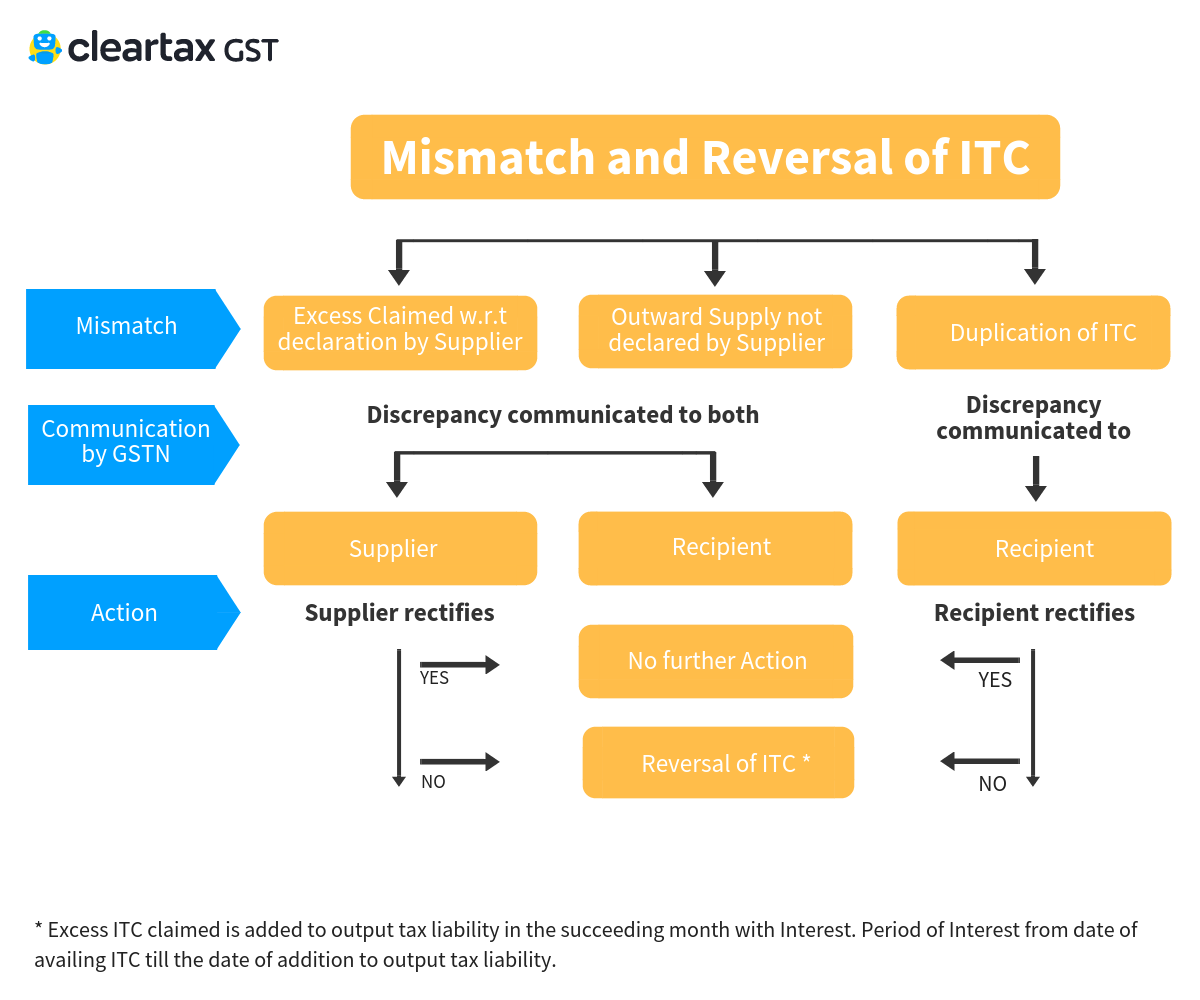 Now, this discrepancy is communicated to Mr. Anand and his supplier. The supplier refuses to make the rectification in his valid return. So, the availed ITC of Rs. 1,200 will be added to Mr. Anand’s output tax liability for the tax period of September 2017 and interest will be payable on this.

Now, if the supplier rectifies the discrepancy through debit note or invoice within the specified time frame, Rs. 1200 will again be allowed as ITC and the amount paid as interest will be refunded.