RNR and Rates Under GST 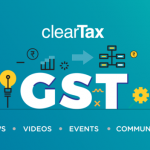 Focus under GST is to arrive at such rates which would not decrease the current revenue generation by Central & State government. Revenue neutral rate(RNR) is a structure of different rates established in order to match the current revenue generation with revenue under GST. RNR calculation has to include the cascading effect on certain goods having no excise or sales tax implications

For example-: Wheat would get costlier due to RNR fixed for diesel being higher than current tax rate even though wheat does not have any excise or sales tax implications.

The government of India had appointed a committee which is headed by Dr. Arvind Subramanian. Committee had released a detailed report on the calculation of RNR and the tax structure. RNR is calculated by the committee with three different approaches-:

RNR is calculated on basis of total data for domestic output/net imports and consumption of capital inputs. GST has a positive rate and zero rates on exports are two assumptions under this approach. RNR found to be 11.6% after factoring compliance of GST at 80%.

This Approach was shared by NIPFP(National Institute of Public Finance Policy). There are three steps under this approach-:

The approach was shared by the Thirteenth Finance Commission. RNR is calculated on the basis of input tax data of all the registered entities. This approach puts the RNR at 11.98 %.

RNR is likely to be selected around 18% after making few changes to the indirect tax turnover approach.

Ratio for Distribution of RNR

One of the biggest hurdle in deciding the RNR is the distribution ratio among the central and state government. The ratio has to include the effects of the loss to be borne by different state governments. Two different ratios were selected for assessment. Central to state ratio of 60:40 or the reverse ratio of 40:60.

“Coming up with an RNR is as much soft judgment as hard science” as quoted by the subramanian committee on the report shared by them with CBEC on RNR and GST rates. The drawback of setting a RNR low would lead to decrease in growth rate of the economy in long term.

RNR is one of the biggest hurdles in the implementation of GST. It is probable that a higher RNR is fixed by India when compared to the international RNR. We will share furthermore articles around GST rates and tax calculation.