Deferred Tax Liability (DTL) or Deferred Tax Asset (DTA) forms an important part of Financial Statements. This adjustment made at year-end closing of Books of Accounts affects the Income-tax outgo of the Business for that year as well as the years ahead.

Here is a write up on all about DTL/DTA, how it’s calculated and certain specific implications. In this article we cover the following topics:

Company derives its book profits from the financial statements prepared in accordance with the rules of the Companies Act and calculates its taxable profit based on provision of the Income Tax Act.

1. Temporary Difference – Differences between book income and tax income which is capable of being reversed in subsequent period

2. Permanent Difference – Differences between book income and tax income which is not capable of being reversed in subsequent period 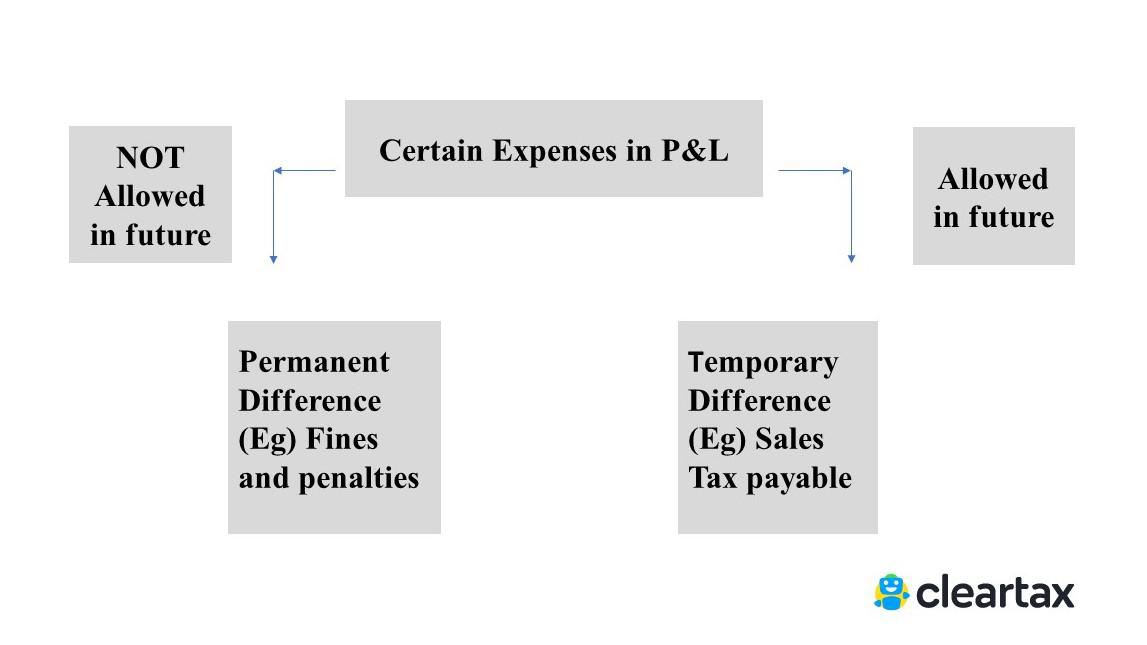 These deferred taxes are given effect to in the financial statements through Deferred Tax Asset and Liability as under:

With respect to timing differences related to unabsorbed depreciation or carry forward losses, DTA is recognised only if there is future virtual certainty. It means DTA can be realised only when the company reliably estimates sufficient future taxable income. This test for virtual certainty has to be done every year on balance sheet date and if the condition is not fulfilled, such DTA/DTL should be written off.

While computing future taxable income, only profits pertaining to business and profession should be considered and not the income from other sources.

A projection of future profits prepared by an entity based on the future restructuring, sales estimation, future capital expenditure past experience etc which are submitted to banks for loan is concrete evidence for virtual certainty. But virtual certainty cannot be convincing if it’s only based on some binding export order which has the risk of cancellation anytime. Virtual certainty must be based on projections that are more likely in future.

If bad debts were not disallowed, entity would have paid tax on Rs. 1000 amounting Rs 200 i.e 1000*20%. For the additional Rs. 40 which is already paid now, we have to create DTA. Entry for recording the DTA is as under:

(Being DTA of Rs. 40 accounted in the books) 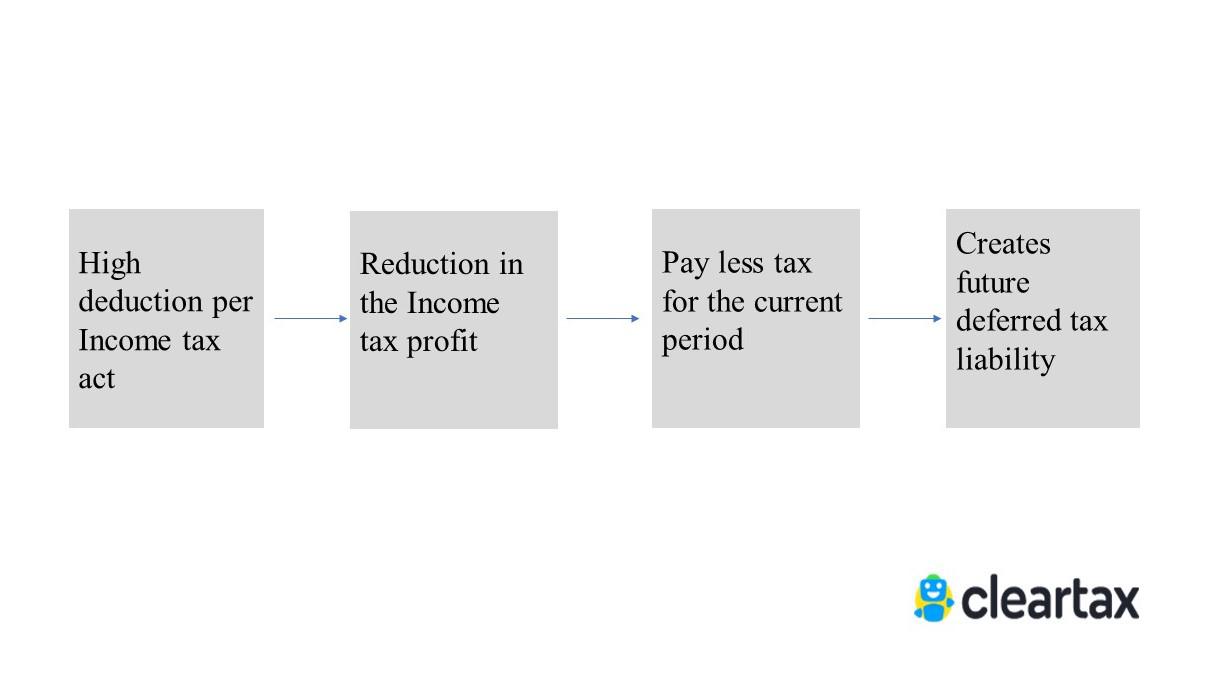 DTA is presented under non-current assets and DTL under the head non-current liability. Both DTA and DTL can be adjusted with each other provided they are legally enforceable by law and there is an intention to settle the asset and liability on a net basis.

Let’s understand how DTA/DTL is created in books with a simple example (amount in lacs):

*The rate is applicable for companies who have not opted for Section 115BA, 115BAA and 115BAB and whose turnover exceeds Rs 400 crore.

Effect on Tax Holiday With Respect To DTA/ DTL

Tax Holiday is a benefit provided to new undertakings established in free trade zones, 100% export oriented undertakings etc under section 10A, 10B of the Income Tax Act, 1961. To encourage the production and consumption of certain items, the government exempts certain taxes for a temporary period subject to certain condition. Deferred tax (DT) from the timing difference that reverses during the tax holiday period should not be recognised during the enterprise’s tax holiday period. DT related to the timing difference that reverses after the tax holiday has to be recognised in the year of origination.

A Ltd. established as a tax-free entity in 2015 under section 10A, hence it will be exempt from tax from 2015 to 2025. It has a timing difference on account of depreciation as follows: (Assume tax rate is 30%)

Effect of DTA/DTL on MAT

Book profit is increased by the following:

And it is decreased by the following:

“The Chennai Tribunal observed that AS-22 is mandatory as per Section 211(3) of the Companies Act, however, the same is not notified by the Central Government under Section 145(2) of the IT Act. Moreover, the deferred tax liability cannot be considered as ascertained liability and therefore, assessing officer has every power to make adjustment on this account as it cannot be termed as tinkering of audited accounts prepared in accordance with the provisions of the Companies Act.”

As seen, there are conflicting judgments on this and this requires clarification from the government or decision by the high court.

Whether MAT credit can be considered as a deferred tax asset per AS 22?

As per AS 22 deferred tax assets and liability arise due to the difference between book income & taxable income and do not rise on account of tax expense itself. MAT does not give rise to any difference between book income and taxable income. It is not appropriate to consider MAT credit as a deferred tax asset in accordance with AS 22.