Imports and exports are one of the main aspects of an economy as it determines the volume of foreign exchange earnings.

While we discuss the movement of goods, we should also focus on goods being moved in the process of importation and exportation and the e-way bill requirement for the same.

E-way bill is mandatory for inter-state movement of goods of value above Rs 50,000 and for all intra-state movements with further relaxations.

In this article, we will cover the following topics:

1. What does the term import and export include under the GST Act?

2. What is the applicability of e-way bill on import and export transactions?

A typical import procedure has the following stages: 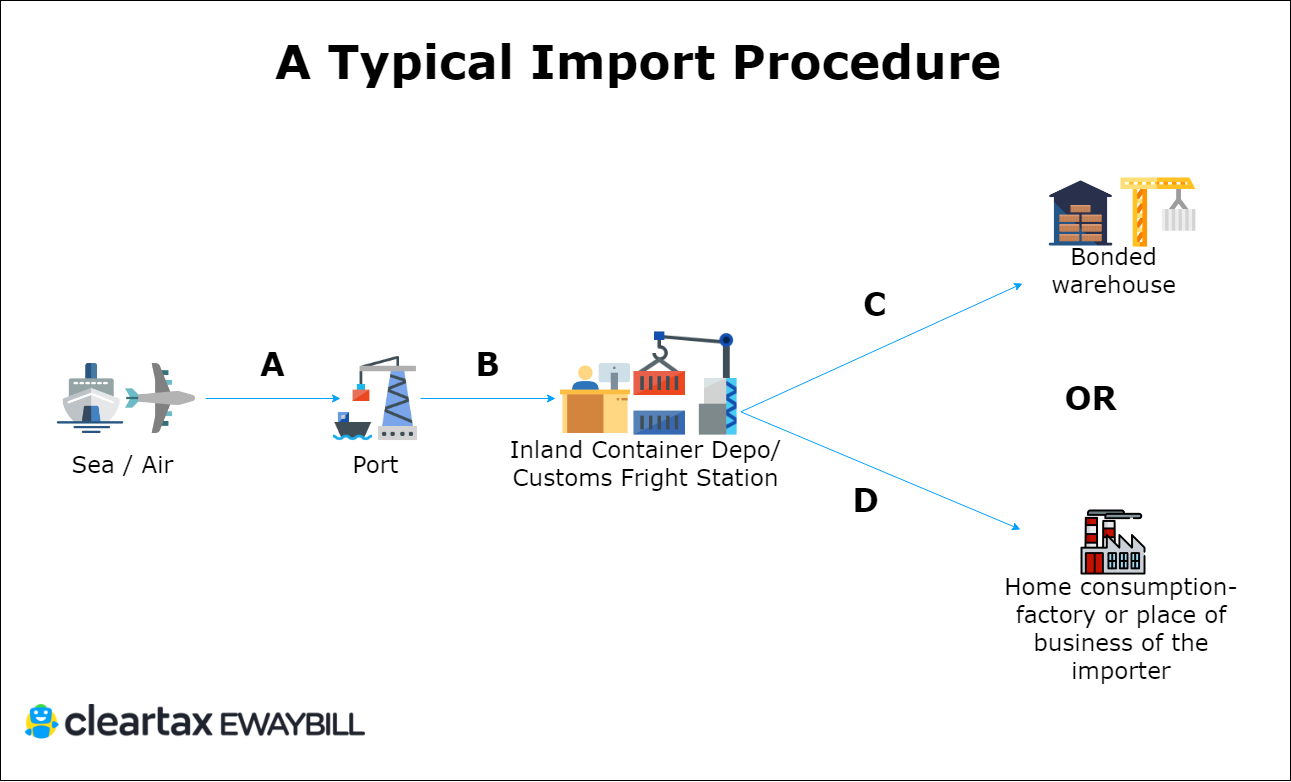 Stages in the Export procedure is as follows:

A- when goods are being transported from the place of business or warehouse of the exporter to an ICD/ CFS an e-way bill has to be generated.
B- transportation of goods from ICD/CFS to port is exempted from the requirement of carrying an e-way bill.

4. How to generate e-way bill for imports and exports?

The portal and the steps to generate the e-way bill remains same in case of import or export transaction. But below are some key points a user has to note while generating an e-way bill in this situation:

a. In case of import, the e-way bill has to be generated once the goods are cleared for home consumption. The distance has to be calculated from the ICD to the place of business of the importer and validity of the e-way bill determined accordingly.

b. In case of export, the e-way bill has to be generated when the goods are being moved to the port for exportation. For e-way bill validity purpose, the distance will be calculated from the warehouse/ place of business to the port.

What happens when there is a high sea sale? Since the sale is not covered in any of the above illustrations and it takes place outside the boundaries of India, there is no need to generate an eway bill.

Therefore, we can conclude that the government is making efforts to reduce the compliance burden for businessmen involved in foreign trade. If the importers and exporters ensure the other documents like shipping bill and bill of entry are in place and the e-way bill is valid, the process is surely going to be less cumbersome.