All about Merchant Exports under GST

Recent Updates for Exports under GST

1st February 2021
Union Budget 2021:
IGST Act was also amended for section 16 that defines a zero-rated supply. Three amendments are made
1. To state that supply to SEZ units /developers will be zero-rated only if it is authorised operations.
2. Only notified persons or supplies of goods/services can avail the status of zero-rated when IGST is paid.
3. foreign exchange remittance will be linked in case of export of goods with the refund.

Thus, by reading the provisions of both sections, it can be concluded that merchant exports are liable to GST as the merchant exporter is located in India, and makes a supply to a place outside India. Thus, merchant exporters are compulsorily required to obtain registration under GST.

Procedure to be followed for Merchant Exports

Under the GST regime, the procedure of exports has been simplified. There are two alternatives available:

Here is a webinar video to help you understand how to claim a refund if you are into exports: 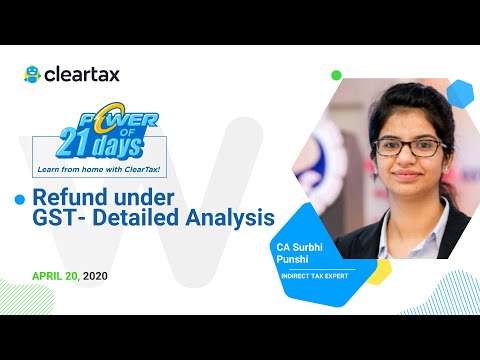 Conditions for availing the Concessional Rate Under Merchant Exports

The government has provided special relief to the merchant exporters by way of reducing the GST rate to 0.1% for purchasing goods from domestic suppliers. But, he needs to fulfil the below conditions for availing such concessional rate relief:

Further, if the merchant exporter fails to export the goods within 90 days from the date of issue of tax invoice, then the registered supplier cannot avail the benefit of the concessional tax rate.

Refund Process when a merchant exporter is involved

Below are some of the scenarios revolving around the refund process where a merchant exporter is involved:

Thus, it can be ascertained that merchant exports are similar to regular exports. They boost the country’s economy by bringing in foreign currency. Therefore, the government has provided concessional rate benefits in the case of merchant exporters which helps them reduce their working capital requirements.