In his Budget speech, the Finance Minister Mr. Arun Jaitley recognized the fact that caring for those who have cared for us is one of the “highest honors”. In keeping with this sentiment, the Budget 2018 revealed increased benefits for the senior citizen of the country. It is safe to say that the one section of the country that has the most to cheer for after the Annual Budget is those aged 60 years and above. And why not, the Budget has clearly upheld their right to a life with dignity and stability and given them additional means to achieve the same. 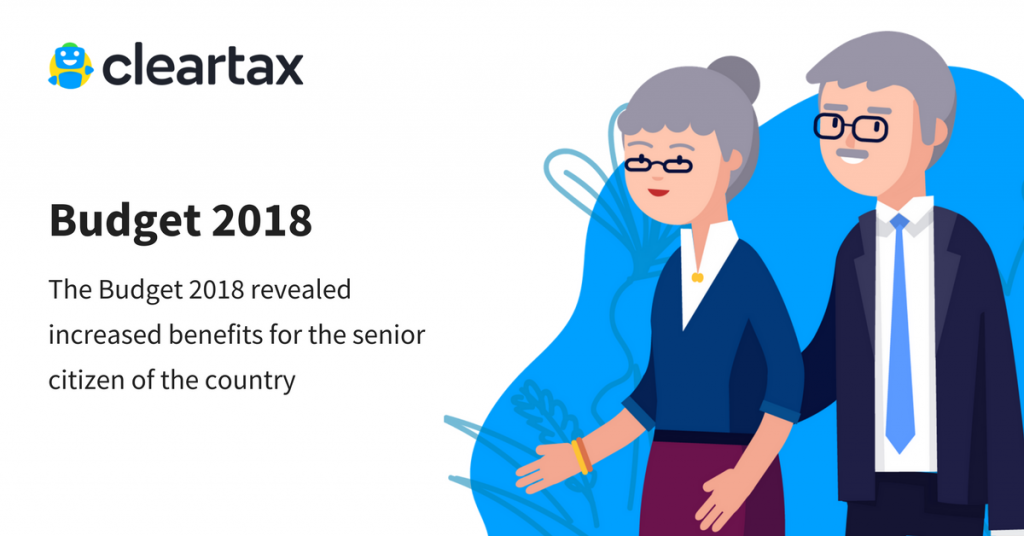 The number of Indians aged 60 and above is projected to climb up to 19% percent by 2050, according to estimates from the United Nations Population Division (UN 2011). In absolute numbers, the senior population in India will encompass 323 million people by the middle of this century –  a number greater than the total population of the United States in the year 2012.

The statistic also raises social, economic, and health-care challenges. 71% of this population will be village-bound, with the rest living in the cities. The onus is on the government to create relevant policies for this section of society, and it could be argued that the changes made by the recent budget are the first step towards a better, elder-friendly India.

The benefits offered by the recent budget are two-pronged in nature: they affect the tax savings and health protection schemes offered to senior citizens. To elaborate, the benefits proposed under Budget 2018 are as follows:

1. An increase of exempted amount under Section 80TTB: Income earned from interest on bank savings deposits, fixed/recurring deposit schemes and deposits in post office will be exempted from income tax up to Rs. 50,000. This is a significant increase in the limit, as the current exemption limit stands at Rs. 10,000 under Section 80TTA. The proposed insertion of Section 80TTB will create a tax section exclusively for the benefit of senior citizens only, who will not be governed by Section 80TTA anymore.

2. Increase in the exempted amount for health insurance premium payment under Section 80D: The current exemption limit for this is at Rs. 30,000. The FM’s proposal is to increase the limit to Rs. 50,000. This would mean that senior citizens will have a better chance of getting good health coverage for themselves. Also, this benefit will also extend to the assessee who is paying the premium on behalf of their parents.

3. Increase in exemption limit for medical expenditure (specific critical illnesses) under section 80DDB: The government has proposed to increase the exemption limit for medical expenses incurred due to critical illnesses like cancer, motor neuron disease, AIDS etc. for all senior citizens, to Rs. 1 lakh. This is proposed to substitute the two different limits for senior citizens (60 years) and super senior citizens (80 years and above) of Rs. 60,000 and Rs. 80,000 respectively, currently provided for under the section.

The table below briefly encapsulates the changes proposed by the Budget 2018:

The changes and benefits to senior citizens continue to apply in the AY 2020-21.

While the provision changes proposed by the recent budget are certainly laudable, it is only a single spoke in the wheel. A high quality of living for India’s elderly will only be possible with a wholesome approach and increased revenue allocation for programmes relating to senior citizens – both voluntary and government-led initiatives such as the ones run by the Ministry of Social Justice and Empowerment. We can look at this year’s budget as a step in the right direction, but more needs to be done to ensure the years to come are kind on the generation that came before us.