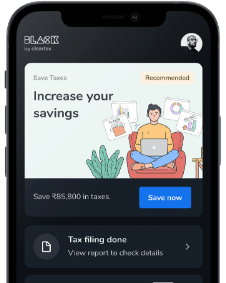 Come March, and there are two things that top everyone’s minds – the tax deadline at the end of the month, and Women’s Day. While traditionally, it was the men who had the say in the finances of the house, the increase in the number of independent, salaried women means that they have more say-so in financial decisions today.

Gone are the days when women were too under-confident or shy to talk money, ran away from financial jargons and left major investment decisions to the men in the household. As recent observations from ClearTax on the financial approach and discipline of their women customers shows, women are close to beating men at this investment game. So, this Women’s Day, let’s take a look at how the millennial Indian woman invests her money and the patterns that emerge therefrom.

1. Women are investing more than men and the trend is growing fast

The changes in the financial services industry have improved financial inclusion among Indian women. On ClearTax, too, the growth in the number of female investors has been interesting. Between the months of November 2017 and March 2018, the website has seen a huge increase in the number of female users on its ClearTax Save platform. Also, as ClearTax reports, the average woman invests 12.7% more than her male counterpart. 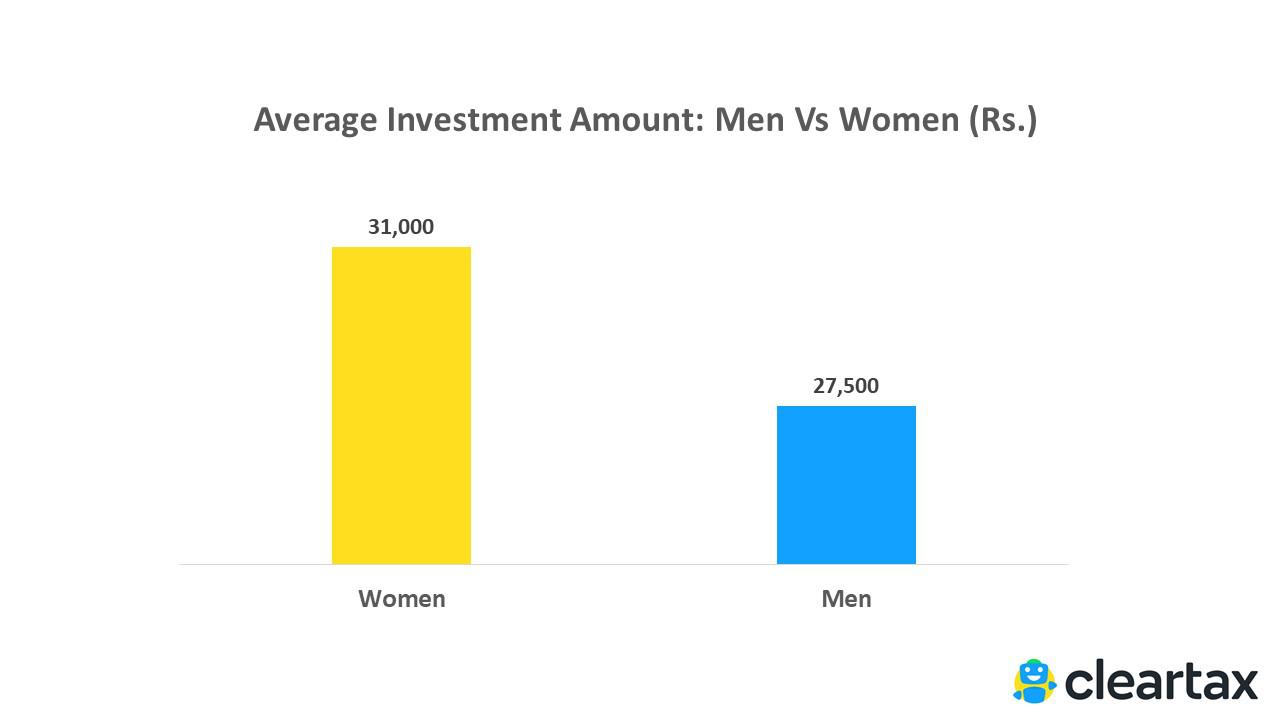 2. Women with income up to 5 lakh per year are the fastest growing segment of ClearTax investors

One would think that it is only the women in the high-income bracket who save enough to invest. In reality, the fastest growing segment of female investors at ClearTax falls in the less than 1 lakh and the 1-5 lakh salary bracket. Indian women do not take their financial independence for granted and make sure to start saving at an early age. 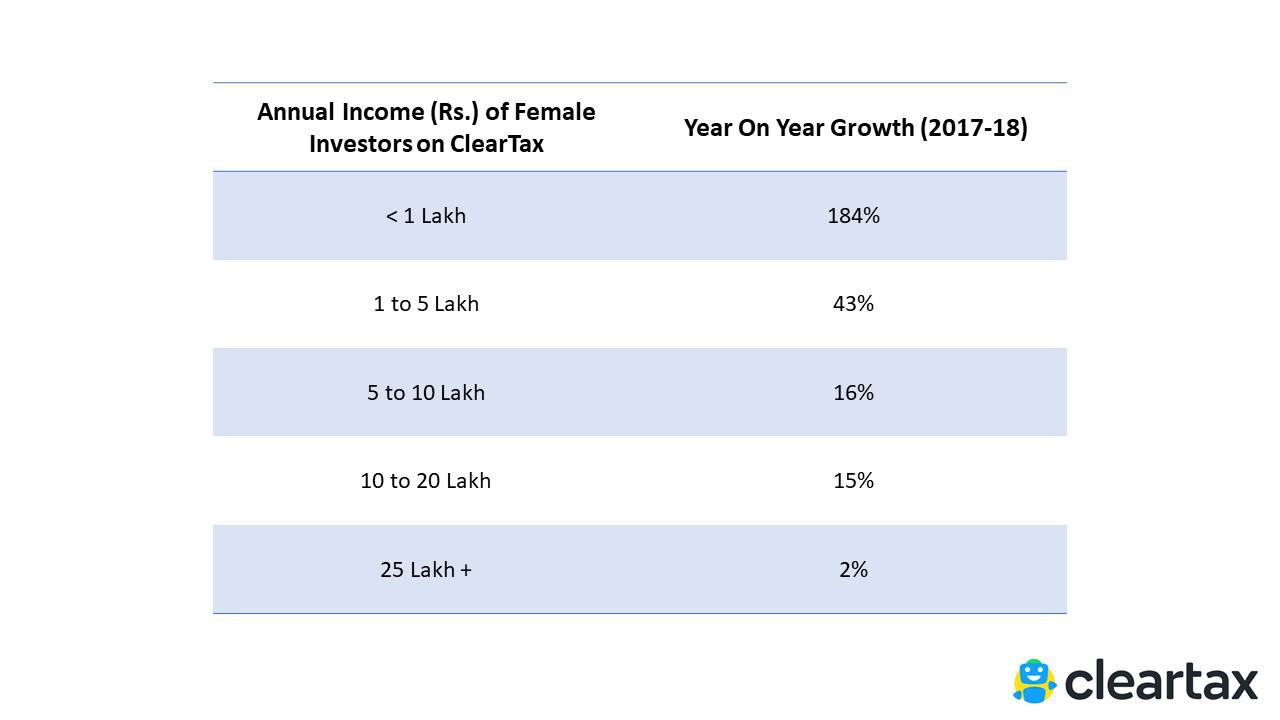 3. Average investment by women on ClearTax has gone up by 133% in the last two years

The gender pay gap has steadily been decreasing over the recent years and this shows in the investment choices made by women. Two years back, the average amount invested on ClearTax Save – the company’s Mutual Funds investment platform – by women was around Rs. 13, 738. In just the first three months of 2018, this has increased to Rs. 32,064. Correspondingly, the average investment amount by men has stayed more or less the same across the last two years. 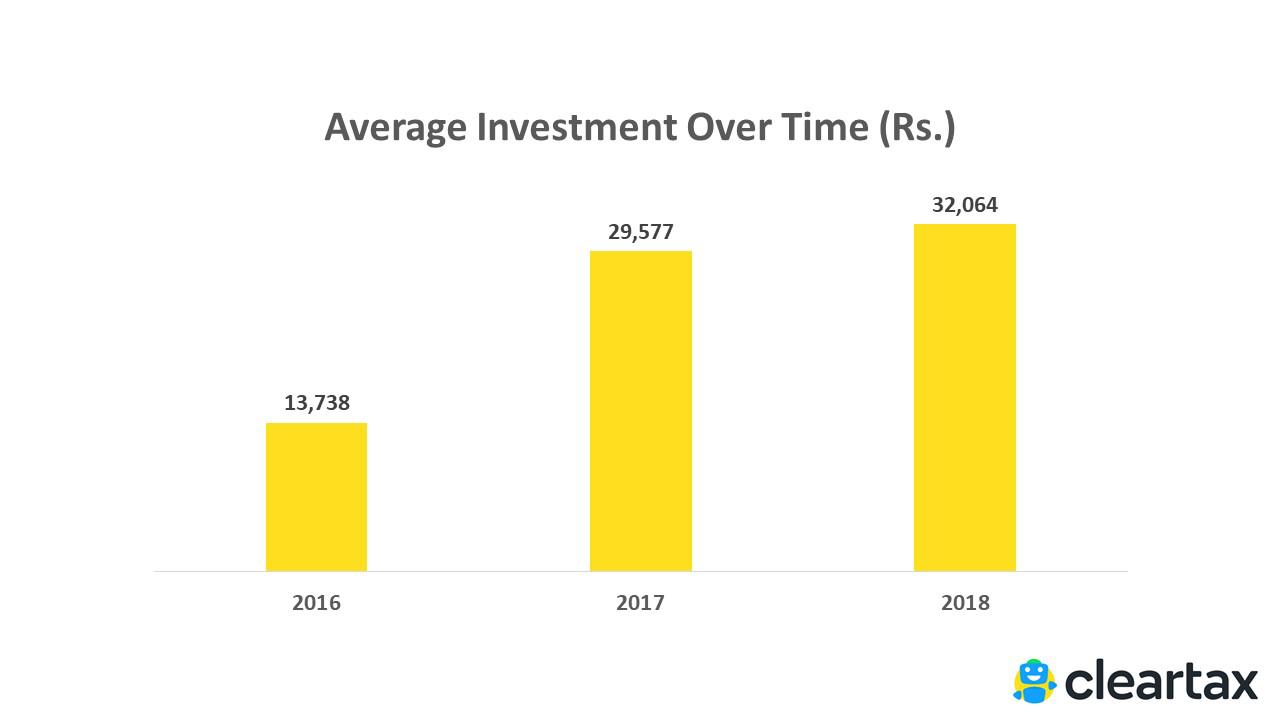 When we look at the investment patterns on ClearTax Save, it becomes clear that the number of women investors from small towns in India are more when compared to men. Over 60% of the investments made by women on ClearTax are from tier 2, 3 and 4 cities such as Daltonganj, Karaikal, and Shillong! And they are not just sticking to low-risk plans, but are making smart investment decisions that can deliver them inflation-beating returns.

Women have an inherent ability to think things through and plan ahead, and this is also evident in how they invest throughout the year. While women show a steady investment pattern across the months with only a slight increase towards the tax-saving season, the investment pattern is a lot more seasonal with spikes through the year for men. This shows that women are better at planning their finances and meeting their monthly saving goals, while men tend to make more last-minute decisions.

Archit Gupta, the CEO, and Founder of ClearTax says that this can be attributed to the simplicity of their products. “We want women to take charge of their investing and tax saving and we have seen results on our platform. Women are moving away from sitting on cash to making it work via tax-saving mutual funds. They find it easy to invest in the ClearTax Save platform given the easy-to-use dashboard, best performing mutual fund picks, and the 100% paperless process. Our experts are also readily available to help them out with their queries.”

ClearTax Save is currently used by millions of women across India, and they come from all corners of the country. The company also plans to build more women-oriented financial tools in the coming future. We wish you a Happy Women’s Day and a year of smart investments and higher returns.

This article was originally published on Moneycontrol on 08-03-2018.