If you have received an income tax notice, please do not worry. ClearTax is here to help you. Please drop an email to support@cleartax.in and our experts will get back to you.

In a recent circular issued, the government has clarified that since the income mentioned in the return is on the net basis and therefore complete information is not available to make a comparison for the difference between the income in ITR form and Form 16, Form 16A and Form 26AS. In instances as such, the Income Tax Department will not issue notices.

This article covers the following:

Income under the head ‘Salary’ can be compared with the information available in Forms 16, Form 16A and Form 26AS on a gross basis. So in this case income tax notice can be issued in case of any difference between the two at the gross level.

II. In the case of Capital Gains

Income under the head ‘capital gains’ being shown in any of the ITR Forms i.e. ITR 2, ITR 3, ITR 5 & ITR 6, may not be comparable with the information shown in Form 16, Form 16A and Form 26AS. Hence, income tax notice will not be served for any likely difference in.

Sometimes the receipts under the heads ‘income from house property’ or ‘income from other sources’ mentioned in Forms 16, Form 16A and Form 26AS may be shown under a different head in ITR. So in this case, income tax notice will not be served for any likely difference between the two. However, there are certain types of income which are only taxable under the head ‘income from other sources’. In case of such situations, if there is a mismatch at the gross level, then income tax notice can be issued.

Get your Tax Notice Management Plan

2. Likely Reasons for Receipt of Notice

The Income Tax Department has given the following options that could be the reasons for such mismatch  :

I. Deductions claimed in return but not in Form 16 – For instance, you have claimed sec 80C deductions or any other deductions such as donation for charity, the premium on health insurance u/s 80D  directly in return and not through the employer.

III. TDS has been claimed on advance received but no income in the financial year – For instance, you have received the rental income for the month of April 2017 in March 2017 and TDS has been deducted on such rent. Now you have claimed such TDS in the return but income i.e rent of April month is not shown in the return.

V. Income is not chargeable to tax/exempt: For instance you have shown dividend income received by you under the head Income from other sources but since this is exempt, no tax shall be paid on it. You must disclose the exempt income under the column given for exempt income u/s 10(34),10(38) or other.

VI. Interest Income/Net income is capitalized – You haven’t shown interest accrued on your FD’s as income in your return.

VII. DTAA(Double Tax Avoidance agreement)  income not taxable in India – In case of non-residents, if DTAA exists; then such income shall be exempt.

IX. Receipts considered under different head of income in the return as against the section under which it is deducted – For instance TDS deducted on rent u/s 194 I shown as Business income or income from other sources rather than showing as Income from house property.

X. Other – If your reason is not listed above, you can choose the option other.

Thus there is no need to worry if you have a valid reason for such a mismatch. There is an option given by the Income Tax Department whereby you can agree or disagree with such a mismatch and can choose the reason from the various options given as explained above. The time limit for replying to such a notice is 30 days from the date of receiving it.

3. Step by Step Process to Respond to a Notice

Step 1 – Login to income tax account on https://incometaxindiaefiling.gov.in/. Click on the table- proceeding. If you have received notice, you will see the following page.

Step 2 – Click on the ‘PROCEEDING Name ‘ link to view the proceeding details. You will see the following page. Click on the Submit link under the Response tab to submit your responses.

Step 3 – Once you click submit, the following page will appear. It will give you the details of variance between the return filed and the Form 16/16A or Form 26AS. 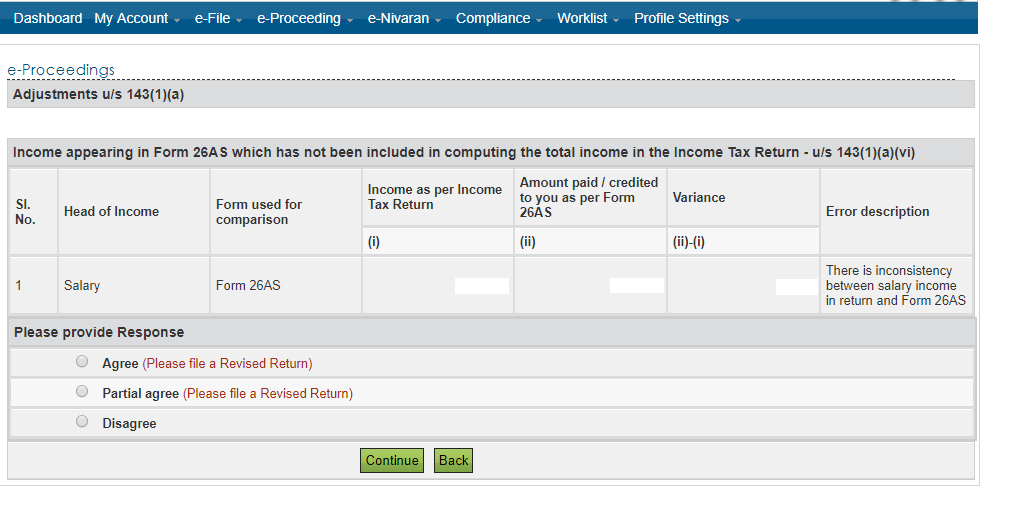 Step 4 – Carefully analyse the reason for the mismatch between the return filed and the relevant Form mentioned. Select whether you agree, partially agree or disagree with the addition. If you agree or partially agree, you must file a revised return. 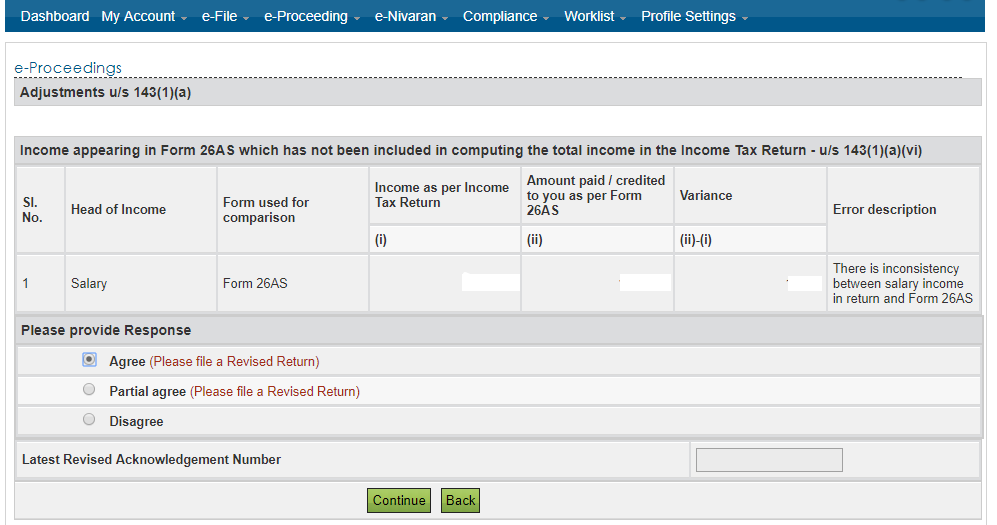 Step 5 – If you disagree with the addition, you have to mention the reason for such disagreement. You have to select the reasons for incorrect disclosures from the list provided and submit your response. 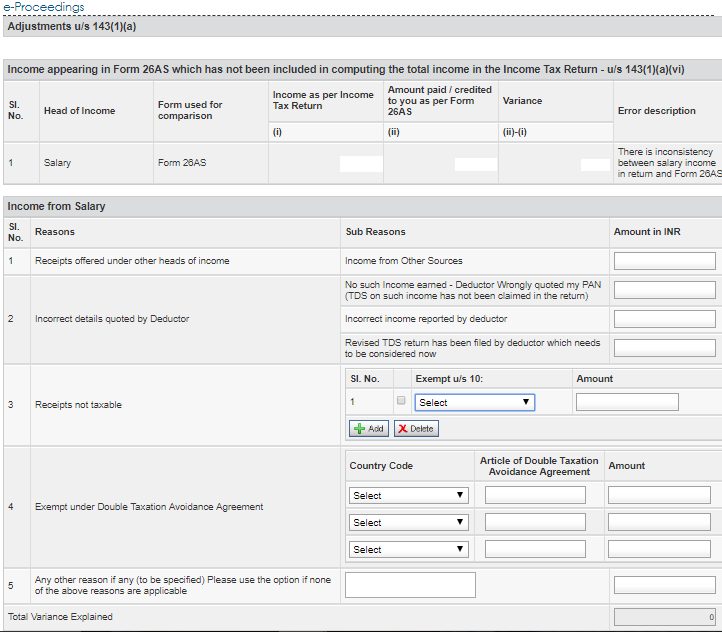 Reach out to support@cleartax.in if you need further help. 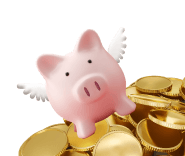