In our previous articles, we discussed about inspection, search, seizure and also offences and penalties, and prosecution. In this article, we will discuss the arrest  under GST.

(1) Seizure and confiscation of goods and conveyances in transit are now made as a separate proceeding from the recovery of tax from Section 74.

(3) The provisional attachment shall remain valid for the entire period starting from the initiation of any proceeding till the expiry of a period of one year from the date of order made thereunder.

(4) With respect to orders received on detention and seizure of goods and conveyance, 25% of penalty needs to be paid for making an application of appeals under section 107 of the CGST Act. Date of applicability is yet to be notified.

When can someone be arrested under GST? 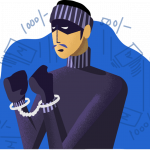 If the Commissioner of CGST/SGST believes a person has committed an offence u/s 132, he can be arrested by any authorised CGST/SGST officer The arrested person will be informed about the grounds of his arrest. He will appear before the magistrate within 24 hours in case of cognizable offence.

What are the offences u/s 132 where arrest provisions become applicable?

Offenses u/s 132 where arrest provisions become applicable- On reading section 132 with arrest provisions, it essentially stands that a person can be arrested only where the tax evasion is more than 100 lakhs rupees or where a person has earlier been convicted of an offence u/s 132.

What is the difference between a cognizable and a non-cognizable offense?

Cognizable offenses are those where the police can arrest a person without any arrest warrant. They are serious crimes like murder robbery, counterfeiting. Non-cognizable offenses are those, where a police officer cannot arrest a person without a warrant issued by competent authority. They are less serious crimes like public nuisance, assault.

Cognizance of offense under GST

A court cannot take cognizance of any offense punishable without the prior permission of the designated authority. Only a Magistrate of the First Class (and above) can try such an offense.

For non-cognizable and bailable offenses, the arrested person can be released on bail.

Who can summon someone for evidence?

The proper officer can summon any person to give evidence or produce a document. Any person summoned, has to attend on his own or through an authorized representative. They will appear under oath. 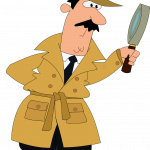 The Joint Commissioner of CGST/SGST will authorise a CGST/SGST officer to have access to any place of business of a registered taxable person. The officer can inspect books of account, documents, computers and other required things to carry out any audit, verification in the interest of revenue.

Which officers are required to assist CGST/SGST officers?

The provisions of seizure and arrest seem rather harsh as GST is an economic legislation, i.e., a tax law and not a criminal legislation. The Commissioner has the power to arrest on the basis of reasons to believe. The wording is subjective (i.e., depending on the opinion). An honest taxpayer who, for example, did not pay GST because he genuinely believed GST was not applicable to him might get his goods seized and get arrested. It could be a case of wrong interpretation of the law for which penalty might apply but arrest seems too harsh. GST law should have more clarity on the occasions when a person can be arrested considering that it is a new law and there are bound to be genuine errors.