GST state code and GST jurisdiction are important datapoints for businesses to ensure a hassle-free processing of GST returns, applications, and assessments, and to avail facilities under the law. The government has classified jurisdictions based on geographical region, PIN codes of distinct locations, and distinct districts to make GST registrations easier for businesses and professionals. 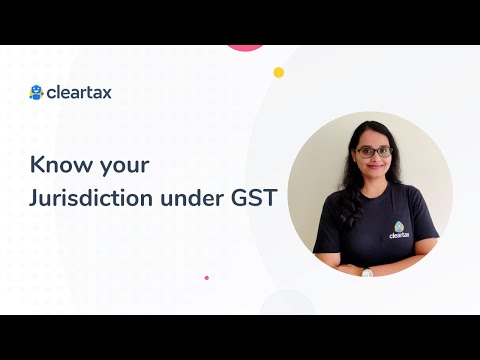 For better context, the GST state code is mentioned in the Goods and Services Tax Identification Number (GSTIN). It is a 15-digit alphanumeric unique identification number provided to every taxpayer registered under the GST law.

The first two digits of any GSTIN represent the GST state code. The GST state code list is used by a taxpayer while registering for GST and entering invoice details in GST Returns in the form of GSTIN.

For example, 10 GST State code in 10AAJCR2207E1Z2 represents a business registered under GST in Bihar. Likewise, following are some more examples:

You can use our GSTIN Search Tool to search for a GSTIN before you find out the jurisdiction of the GSTIN.

Find the relevant GST State code for any state/Union Territory/Central Jurisdiction from the comprehensive GST State Code list given below:

Where do we need State Code in GST?

Every taxpayer under GST must take note of correct GST State codes for each State and Union Territory as it is used widely in various GST compliance and adjudication. State code GST is relevant for the following primary reasons:

Accurate and complete details must be entered by the applicant to obtain a valid GST registration. One such crucial information is the state and central jurisdictions for primary place of business. The information given by the taxpayer is verified by the officer. Thereafter, the applicant is allotted a GSTIN containing the relevant GST state code.

GST state code becomes relevant for accurate invoicing and e-invoicing under GST. Valid GSTINs of buyer, seller and consignee contain the relevant state codes which are used to identify the place of supply of such sale. Eventually, place of supply decides type of GST to be charged based on whether it’s an interstate or intrastate sale.

Suppose, a seller mentions buyer’s GSTIN with a wrong GST state code on the invoice. Then, it may lead to wrong charge of IGST instead of CGST and SGST or vice versa with an incorrect place of supply being picked up.

If the seller happens to comply with e-invoicing by law, it can lead to cancellation of IRN due to incorrect state code GST and the need to raise invoice once again.

Regular taxpayers must report B2B invoice details, including GSTIN, in the GSTR-1/IFF filed monthly or quarterly. These details are passed on to the respective GSTR-2A/GSTR-2B of the buyers, based on the GSTIN.

There is no mechanism or validation on the GST portal to confirm if a tax invoice bearing a particular buyer’s GSTIN is entered correctly in GSTR-1/IFF, unless it gets auto-populated from the e-invoice portal. Hence, if the seller erroneously mentions the wrong GST State code while entering GSTIN in invoice information in GSTR-1/IFF, the wrong person or GSTIN may end up finding tax credit in GSTR-2A/2B instead of the rightful buyer.

As per the CGST Circular no. 21/2017 dated 20th September 2017, there is a prescribed manner in which the Central and State jurisdictions are demarcated.

The division of GST taxpayers is computer initiated and done at a state level. Stratified random sampling is adopted for this, taking into account the taxpayer’s geographical location and type of registration.

Accordingly, the jurisdictions under GST are classified into the following levels, in the order of their hierarchy and size:

How to find or search for GST Jurisdiction?

There are more than one way of finding out jurisdiction for a particular GSTIN or taxpayer.

While applying for GST registration, the taxpayer has to be careful in declaring the correct and complete address of the place of business. It is crucial information to determine the jurisdiction accurately while declaring it in the GST registration application and helps avoid inconveniences later on.

For instance, let us take an example of searching for jurisdiction in the State of Karnataka. Upon searching for ‘Karnataka GST jurisdiction’ in the web browser, we can find the website http://gstkarnataka.gov.in/Jurisdiction.html.

The divisions, groups, wards, districts and taluks are listed down in a systematic manner.

Likewise, other States also have dedicated websites and webpages hosted with this information.

Step 1: Select your state from the list of states and Union Territories on the screen.

Step 2: Select the zone by clicking on the applicable zone name.

Step 3: On selecting the zone, the list of commisionerates will be populated on the screen. Click on the commisionerate applicable to you.

Step 5: You will get the list of jurisdiction ranges. You can find out more information about the jurisdiction here that is applicable to your business.

Check on the GST registration Certificate

Upon registration, the taxpayer can anytime look back to the certificate issued to him in form REG-06 to know the State and Central jurisdiction.

Any person can use the GST portal facility or alternatively, ClearTax tool to enter the GSTIN and find out the Central and State jurisdiction applicable to the GSTIN. For detailed steps, read our article “Steps to use Search GSTIN Tool”.

How to get the contact details of the GST Jurisdictional Officer?

Alternatively, instead of selecting ‘Contacts’, one can select the ‘Search Office Address’ option. Select State or Centre as category, choose the State from the drop-down list and enter the pin code. Click on the ‘Search’ button to get the result.

How to correct a wrongly informed GST jurisdiction?

If the taxpayer had selected the wrong jurisdiction while applying for the GST registration, one can get it corrected. A separate submission of request to change the details of jurisdiction must be made before the administrative or IT cell of the respective State for the changes.

How to find state code in gst number?

The first two digits in GST number is the state code GST. For instance, 27 in 27AATFV1462C is GST state code Maharashtra.

99 state code is the central jurisdiction

When GST was started in India?

GST was implemented in India from 1st July 2017.