Form PMT-09: Importance And Use In The Electronic Cash Ledger 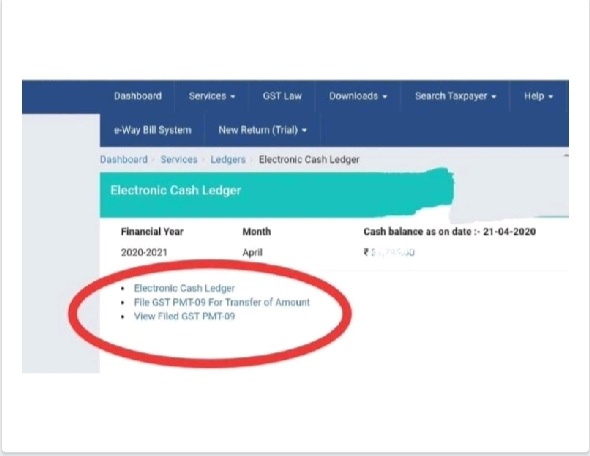 Hence, if a taxpayer has wrongly paid CGST instead of SGST, he can now rectify the same using Form PMT-09 by reallocating the amount from the CGST head to the SGST head.

All taxpayers registered under GST are eligible to shift any balances available in the electronic cash ledger using Form GST PMT-09.

The facility to use PMT-09 was made LIVE on the GST Portal on 21 April 2020. The option is available after the taxpayer logs in, under the electronic cash ledger tab. Thus, a taxpayer can now easily rectify wrongly paid taxes or other amounts.

3. What are the key points to note about Form GST PMT-09?

An amount can also be transferred from one minor head to another minor head under the same major head.

For example, in the case of interchange of interest and penalty amount under Central Tax can also be rectified by filing PMT-09.

PMT-09 comprises of minor and major heads. The taxpayer can mention the amount of tax which he wants to transfer from one head to another. The amount can be transferred from the head only if there is a balance available under that head at the time of transfer. A taxpayer can provide his GSTIN and fill the details in Table 5- Details of the amount to be transferred from one account head to another in Form GST PMT-09. Below is the format: 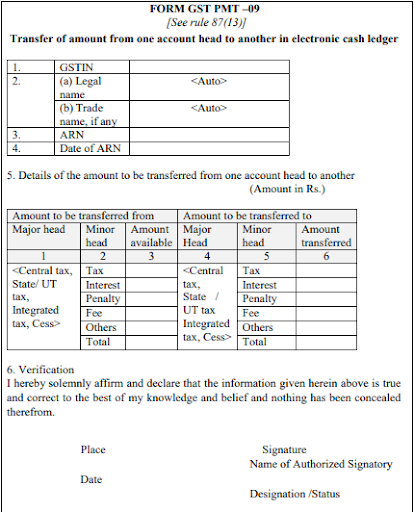 After filing in the details, a taxpayer can Verify the details and sign the same.