GST Impact on Car Prices & Other Automobiles in India

The automobile industry in India is a vast business producing a large number of cars and bikes annually, fueled mostly by the huge population of the country. GST subsumed most of the indirect taxes.

Any services for hiring an electrically operated vehicle meant to carry more than twelve passengers provided to a local authority is exempt with effect from 1 August 2019.

Table showing the different types and rate of taxes levied on the passenger vehicles/SUV.

Previously, sales of used cars attracted VAT, and in some states, a composite rate and Excise/VAT were not applicable on advance received for supply of goods. Many states provided the Original Equipment Manufacturers (OEMs)/component makers with different investment-linked incentive schemes. The two main components of this scheme were subsidies and interest-free loans allied with VAT/CST payable on sale.

Sale of goods/service without any form of consideration was exempted from being taxed under VAT and Service tax. Importers and dealers were ineligible for the CVD  and excise duty paid by OEMs (Original Equipment Manufacturer).When goods were transferred from the factory, excise duty had to be paid but no VAT/CST was applicable under previous tax laws. These vehicles were exempted from the NCCD/auto cess: electrically operated vehicles, three-wheeled vehicles, hydrogen vehicles based on fuel cell technology, vehicles used solely as taxis, the ones used by physically handicapped persons, hospital ambulances.

Impact of GST on the Automobile Industry

The two taxes charged to the end consumer on car and bikes previously were excise and VAT, with an average combined rate of 26.50 to 44% which is higher than the GST rates of 18 and 28%. Therefore, there will be less burden of tax on the end consumer under GST. 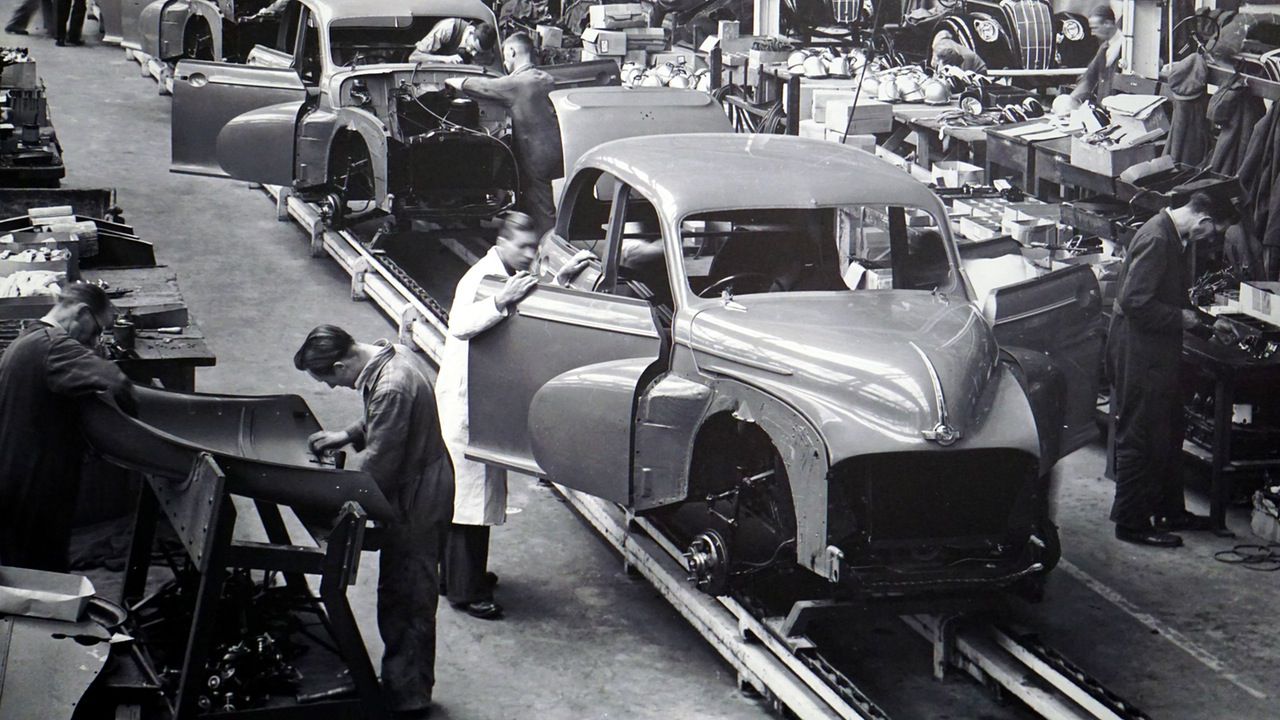 Importers/dealers can cheer as they would be able to claim the GST paid on goods imported/sold whereas previously, they were ineligible to claim the excise duty and VAT paid. Excise paid on stock transfer would be covered by IGST under the GST law. Advance received for supply of goods will also be taxed under GST. GST would help the manufacturers in procuring auto parts at a cheaper cost due to an improved supply chain mechanism under GST. 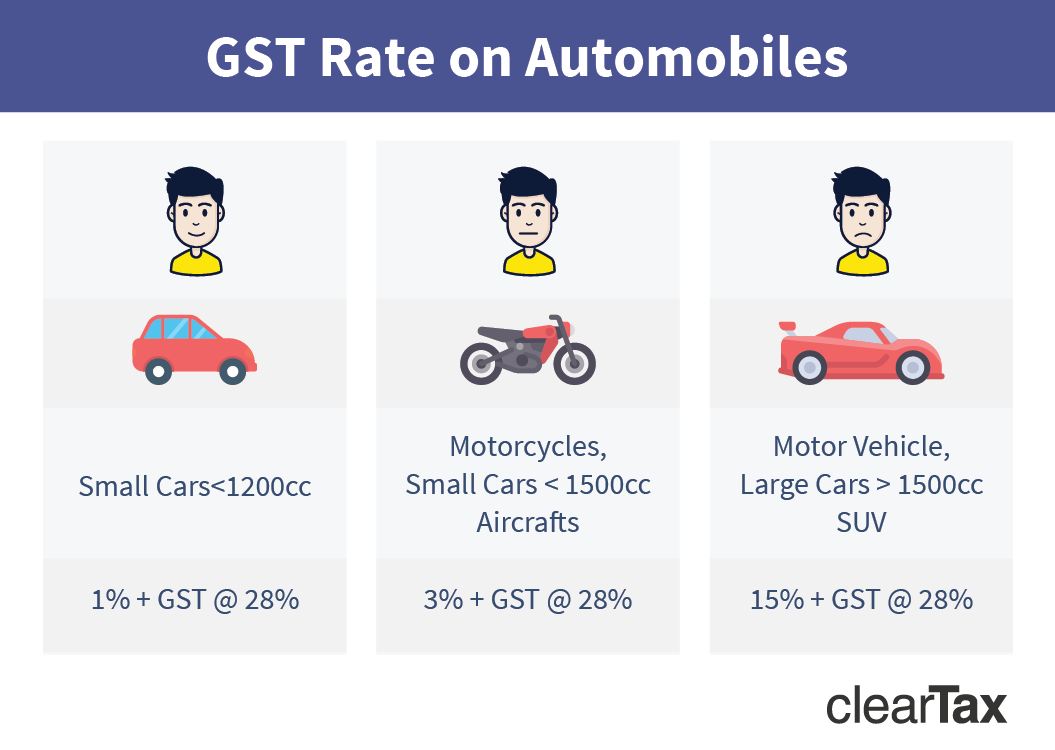 GST will be beneficial for the people in the market for small family cars like Alto, Santro, Nano, Datsun Go as a minimum cess of 1% has been charged over and above the GST rate of 28%. Bikes which have an engine of greater than 350CC like Enfield 500CC or Harley Davidson etc would be charged GST at the rate of 28% and an additional 3% cess would be levied. It is difficult to understand the placement of yachts, aircraft, personal jets under the 3% cess bracket along with the small cars having engine >1200CC and <1500CC instead of the 15% cess.

There are a lot of free services/warranties offered by the car manufacturers due to the competitive nature of the industry. These free goods/services were not taxed under previous tax laws. Under GST, the free services/ warranties would also be eligible for taxation.

GST  reduces the cost of manufacturing of cars and bikes due to the subsuming of different taxes levied previously. Under GST, the taxes would be charged on consumption state rather than the origin state, which would give a boost to the growth rate of the automobile industry.