Offences and Penalties under GST

Recent Updates on Offences and Penalties under GST

17th December 2022
As per the 48th GST Council meeting outcome, three categories of offences were decriminalised – firstly, launching prosecution under GST or taking criminal action, secondly, reduction in the compounding amount and lastly, obstructing officers from discharging their duties, intentional tempering of material evidence and failure to provide the information. 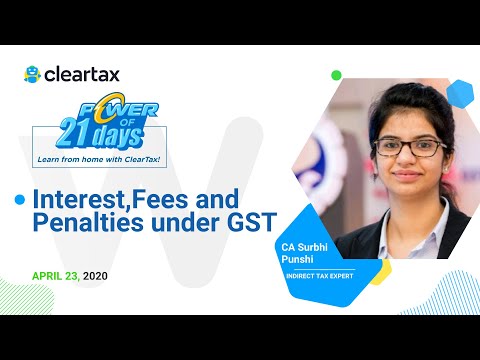 What is an offence?

What are the offences under GST?

When has anyone committed an offence under GST?

There are 21 offences under GST. For easy understanding, these have been grouped into heads as given below:

For cases mentioned in 1, 2 under fake invoicing and 4th under both tax evasion and others heads, the penalty is equal to the tax evaded or ITC availed or passed on.

Offences under GST by Companies, LLPs, HUFs and others

For any offence committed by a company, both the officer in charge (such as director, manager, secretary) as well as the company will be held liable. For LLPs, HUFs, trust, the partner/Karta/managing trustee will be held liable. Read our article on liability to pay unpaid GST dues in certain cases.

What does penalty mean?

The word “penalty” is not specifically defined in GST and so it takes the meaning from various judicial pronouncements and principles of jurisprudence. A penalty is a punishment imposed by law for committing an offence or failing to do something that was the duty of a party to do. A penalty can be both corporal or pecuniary, civil or criminal. Both corporal (jail) and pecuniary (monetary) penalties are applicable under GST.

Common Offences Under GST And Their Penalties

Situations where there is no penalty (but interest may apply)

What are the penalties under GST?

If any of the offences are committed then a penalty will have to be paid under GST. The principles on which these penalties are based are also mentioned by law.

Penalty in cases of fraud

What is the penalty for helping someone to commit fraud under GST?

Not only the taxable person but any person who does the following will have to pay a penalty extending up to Rs. 25,000

Are there any jail punishments?

These punishments are applicable along with monetary penalty. For more details please read our article on the prosecution.

Penalty for Other Cases (no intention of fraud or tax evasion)

Any offence under GST for which penalty is not specifically mentioned will be liable to a penalty extending Rs. 25,000.

This will be beneficial to businesses, especially SMEs, who may make genuine mistakes especially in the first few months of GST implementation. Being penalized for genuine errors will be a hard blow to the SMEs who do not have as many resources as the larger organizations to adapt to GST.

These rules of penalty are generally the same in all laws whether tax laws or contract law or any other law.