Registrar of Companies maintains a registry of records concerning companies which are registered with them and allows the general public to access this information on payment of a stipulated fee. The Central Government preserves administrative control over the Registrar of Companies with the help of Regional Directors. As of today, there are seven Regional Directors, supervising the operations of ROCs within their relevant regions. 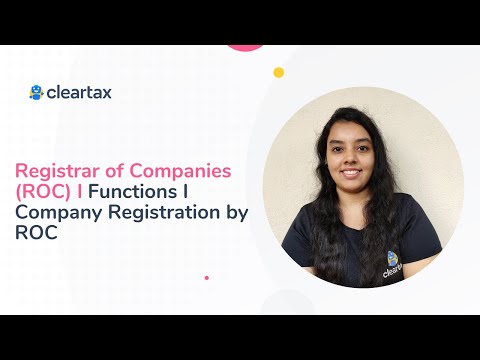 The ROCs are located in different states/UTs and the companies must file registration applications with the ROCs under whose jurisdiction their principal place of business is located. All companies must subsequently file annual forms only with the ROC from where they have obtained company registration. You can find the details of all the ROCs here.

The documents to be submitted to the ROC include Memorandum of Association (MoA), Articles of Association (AoA), the pre-incorporation agreement for appointing directors/ managing directors and the declaration by an authorized person confirming that requirements relating to registration have been adhered to.

The registrar needs to ensure that no registration is allowed for companies having an objectionable name. The registrar could also decline to register any company which has unlawful objectives.

Role of ROC After the Registration of a Company

In other words, a company is required to intimate the Registrar of Companies concerning all of its activities which includes appointing directors or managing directors, issuing prospectus, appointing sole-selling agents, or the resolution regarding voluntary winding up, etc.

The annual forms to be filed with the ROC include filing the reconciliation of share capital audit report, return of deposits, submission of director KYC for DIN holders, annual company accounts, annual company returns, etc.

The fees to file forms and various documents with the ROC differs based on the authorised share capital of the company. The ROC fees for filing forms, including AOC-4 and MGT-7, are stated below:

The ROC fees for ROC services are as follows: