Get various licenses easy and quick

Buy now
Chat with an expert →

Get various licenses easy and quick

Buy now
Chat with an expert →

India being a mixed market, has many industries that operate under the free market concept. The competition in the market system is extreme. For any enterprise to thrive in the open market, they have to create brand recognition and brand value. The simplest way through which this is achieved is via trademarks.

The need for trademarks can be considered a three-prong approach to represent goods or services by:

Once such value is attached to the trademark, it is imperative to protect it from misuse and infringement by others. 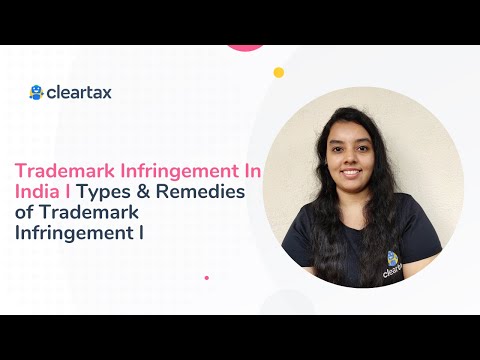 What is Trademark Infringement

The Trademarks Act, 1999 (hereinafter referred to as the Act) is the legislation that protects trademarks in India. The Act lays down the rules dealing with registration, protection and penalties against infringement regarding trademarks. Trademarks are given the status of intellectual property across the globe. There are many organisations, both international and national, that endeavour to protect intellectual properties such as trademarks.

In India, the organisation that deals with the protection of trademarks are the Indian Patent Office administered by the Controller General of Patents, Designs and Trademarks. In simple words, trademark infringement is the unauthorised usage of a mark that is identical or deceptively similar to a registered trademark. The term deceptively similar here means that when an average consumer looks at the mark, it is likely to confuse him/her of the origin of the goods or services.

When looking into trademark infringement, one must know that are two types of infringement:

Direct infringement is defined by Section 29 of the Act. There a few elements that have to be met for a direct breach to occur; they are as follows:

In India, the infringement of a trademark is a cognisable offence which means that the infringer may also face criminal charges along with civil charges. It is also not required by Indian law for the trademark to be registered for the institution of civil or criminal proceedings. As mentioned before this is due to the common law principle of passing off. In the case of trademark infringement or passing off, the court may award the following remedies:

In the case of a criminal proceeding, the court dictates the following punishment: