Every Company irrespective of size, type of business, category of business etc will have its share capital classified under various types in the financial statement. However, Companies Amendment Act, 2015 have omitted the provision of minimum paid up capital requirement for the Companies but the requirement of authorised share capital still exists. In this Article, we shall discuss the difference between the authorised and paid up share capital in detail. For every company, the capital structure would be broadly divided into two parts: 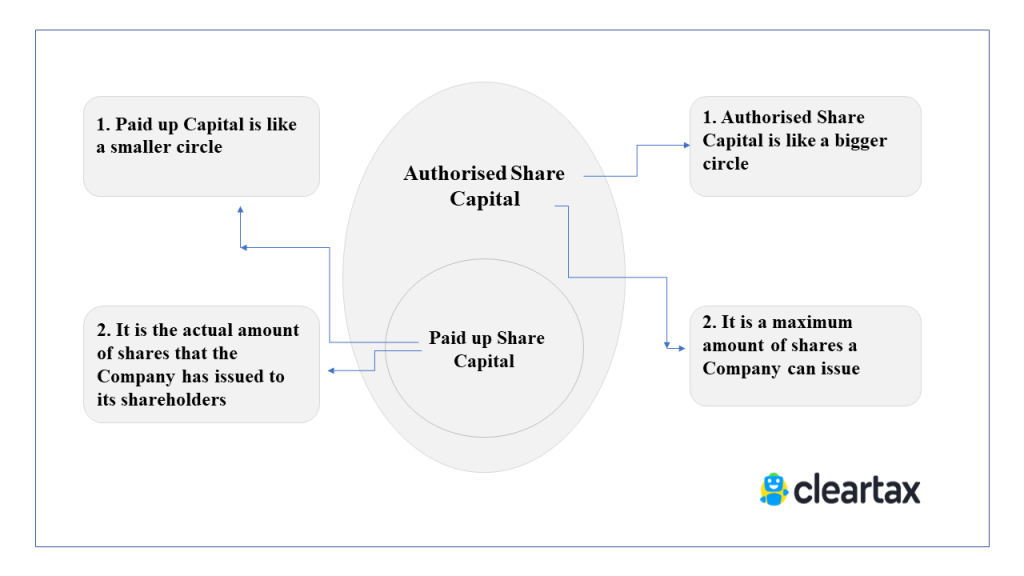 It is a amount of money for which shares of the Company were issued to the shareholders and payment was made by the shareholders. In case of any change in the authorised and paid up share capital, Registrar of Companies (ROC) needs to be updated with. The details will be recorded in the Companies Master Data of MCA and will be available for public to view the data.
Get an expert at affordable price

Get an Expert
Get an expert at affordable price