Aadhaar-PAN linking is now mandatory for the PAN holders requiring filing of Income Tax Return. The last date to link aadhaar number and PAN is 31.3.2020.
Read here to know - How to link aadhaar to PAN 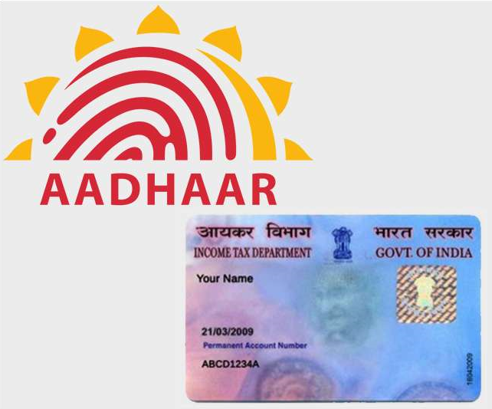 Recently, lot of announcements were made by the government regarding Aadhaar and PAN such as Aadhaar mandatory for IT returns, linking Aadhaar and PAN and so on. To add to this, a new notification has been released recently whereby Aadhaar has to be quoted mandatorily while applying for PAN. If you do not have Aadhaar but has applied for it, then you can also quote your 28-digit enrolment id.

Also, you have mention your name as mentioned in Aadhaar card in the PAN application form.New columns have been inserted in the PAN application form 49A to mention your Aadhaar enrolment id(if applied for) and name as per Aadhaar card.This will avoid chances of mismatch in names in PAN and Aadhaar as many people recently faced problems in linking Aadhaar with PAN due to name mismatch.

Besides this , you have to give proof for date of birth while applying for PAN. Currently proof of identity and proof of address is required. But from 1st July  onwards, you also have to furnish the proof of date of birth such as birth certificate,matriculation certificate etc.