Form GSTR-9 is an annual return to be filed by all registered taxpayers irrespective of the turnover of an entity. A taxpayer shall report all outward supplies, inward supplies, taxes paid, refund claimed, demands raised and ITC availed and utilized in Form GSTR-9. GSTR-1 and GSTR-3B should be filed before filing the annual return for the financial year.

Latest Update on GSTR-9 and GSTR-9C

The due date for Form GSTR-9 and GSTR-9C has been again pushed to 5th and 7th of February 2020 by a CBIC notification as follows:

The States or Union Territories have been regrouped as follows:

The last date of 7th February 2020 is unchanged for the remaining States or Union Territories earlier falling under this group, with the addition of Himachal Pradesh and removal of Uttar Pradesh.

The due date for Form GSTR-9 and GSTR-9C has been further pushed to 3rd, 5th and 7th of February 2020 as follows:
1) 3rd February 2020:
Maharashtra, Karnataka, Goa, Kerala, Tamil Nadu, Puducherry, Telangana, Andhra Pradesh, Other Territories

Note: CBIC Notification was not issued

Detailed explanation on filing Table 6, Table 7 and Table 8 of GSTR-9

Table 6: Details of ITC availed during the financial year

1. In tables 6B, 6C, 6D & 6E, a taxpayer has the option to report input tax credit (ITC) under the “inputs” row only instead of reporting the break-up under inputs, capital goods and input services.

2. In tables 6C and 6D, a taxpayer will have the option to either report the details separately (i.e. inward supplies received from unregistered and registered persons liable to reverse-charge), or report the consolidated details in table 6D only. 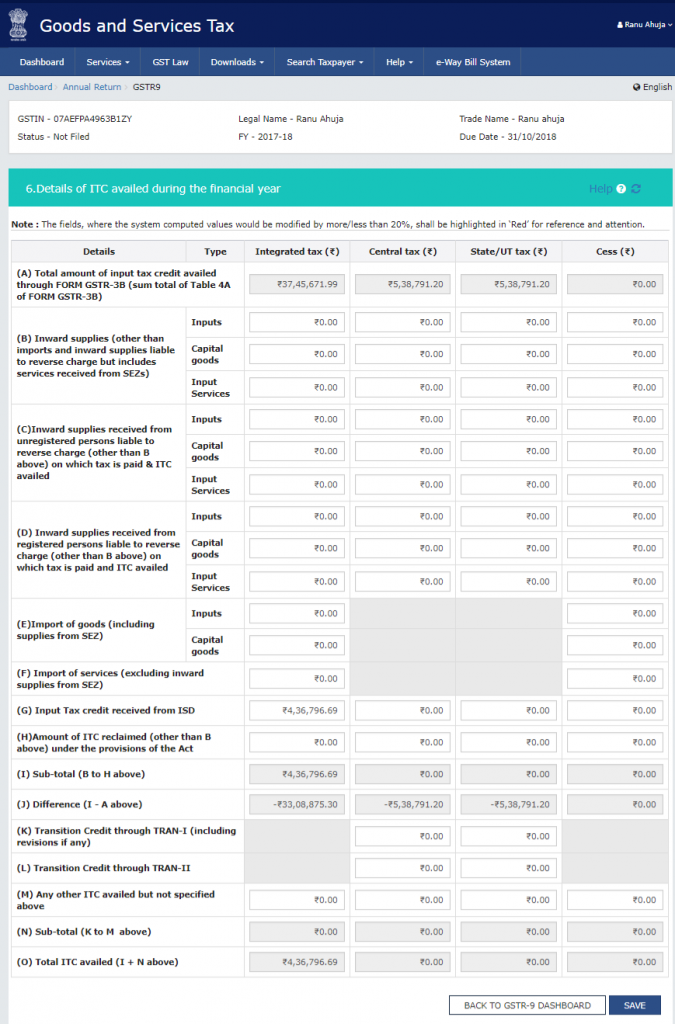 Table 7: Details of ITC reversed and Ineligible ITC for the financial year

1. A taxpayer has the option to report details of ITC reversals separately in tables 7A to 7E, or the entire amount can be reported under “other reversal” in table 7H.

2. Details of ITC reversals on account of TRAN I & TRAN II credit need to be mandatorily reported in tables 7F and 7G respectively. 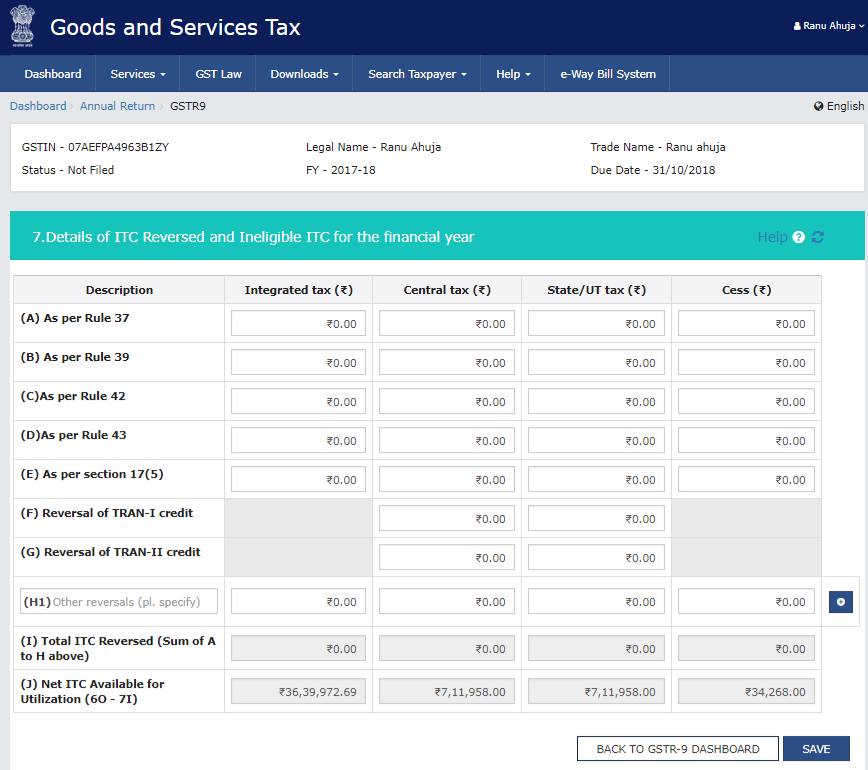 2. A taxpayer can upload details for the entries in Table 8A to 8D (i.e, the reconciliation of GSTR 2A with GSTR 3B) duly signed, in PDF format in Form GSTR-9C (without the CA certification).

3. For FY 2017-18: In table 8C, the aggregate value of ITC availed on all inward supplies received from July 2017 to March 2018 (including supplies from SEZ, but excluding supplies on which tax is payable on reverse-charge), but credit that was availed between April 2018 to March 2019 is to be declared.

4. For FY 2018-19: In table 8C, the aggregate value of ITC availed on all inward supplies received from April 2018 to March 2019 (including supplies from SEZ, but excluding supplies on which tax is payable on reverse-charge), but credit that was availed between April 2019 to September 2019 needs to be declared. 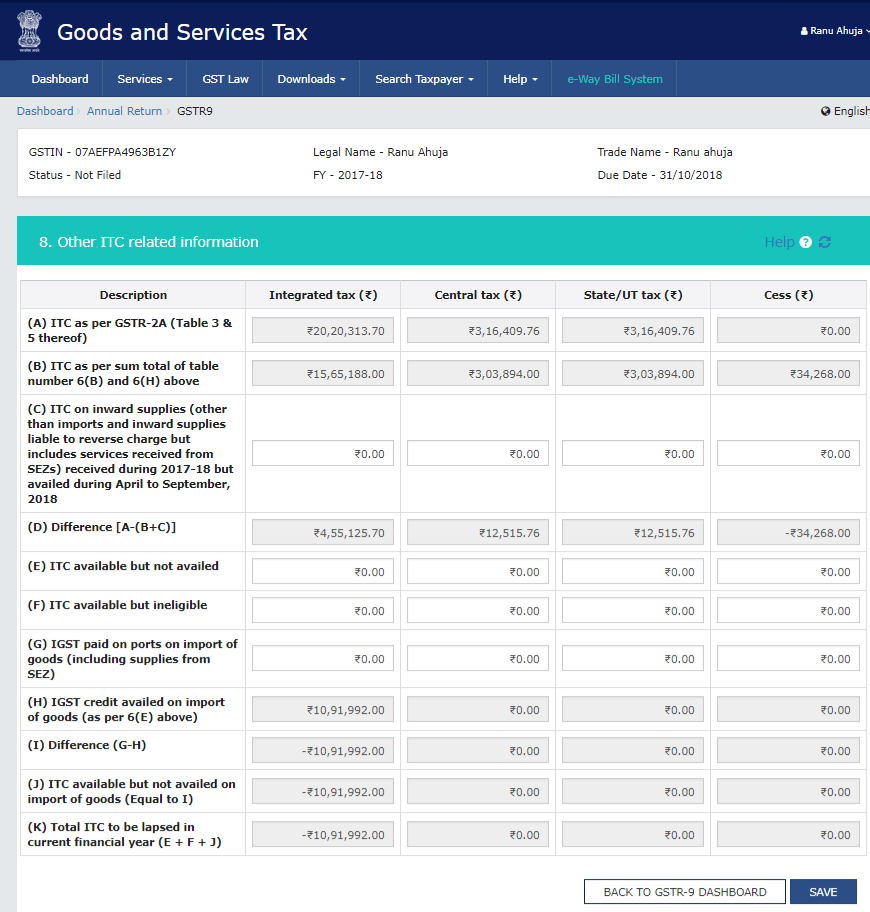 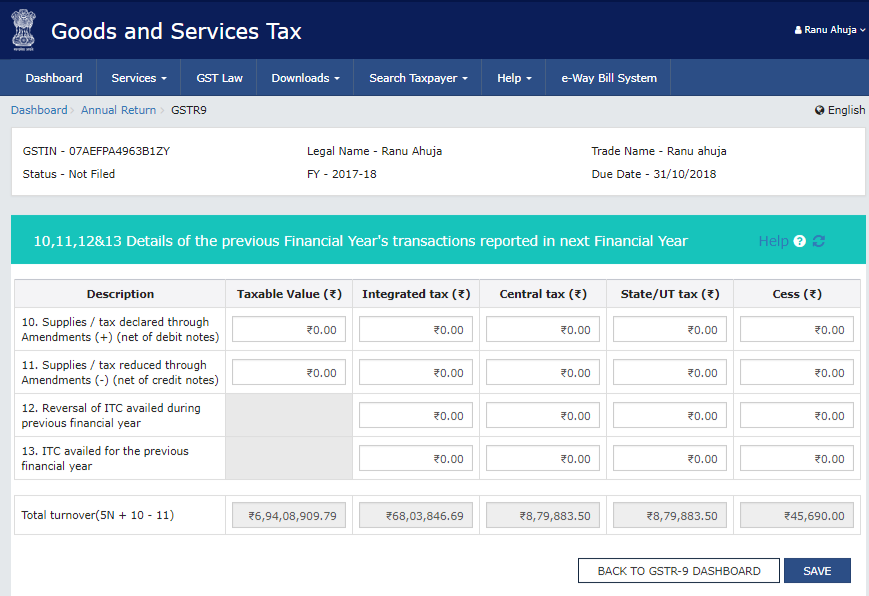 Watch this video to easily understand about GSTR 9: