In this article, we will discuss few Eway bill compliance highlights and also understand how a transporter should deal with practical issues around managing eway bills on case-to-case basis along with the overall impact on transport & logistics operators.

1st June 2021
1. The e-way bill portal, in its release notes, has clarified that a suspended GSTIN cannot generate an e-way bill. However, a suspended GSTIN as a recipient or as a transporter can get a generated e-way bill.
2. the mode of transport ‘Ship’ has now been updated to ‘Ship/Road cum Ship’ so that the user can enter a vehicle number where goods are initially moved by road and a bill of lading number and date for movement by ship. This will help in availing the ODC benefits for movement using ships and facilitate the updating of vehicle details as and when moved on road.

18th May 2021
The CBIC in Notification 15/2021-Central Tax has notified that the blocking of GSTINs for e-Way Bill generation is now considered only for the defaulting supplier’s GSTIN and not for the defaulting recipient or the transporter’s GSTIN.

Transporter’s bu﻿siness in the earlier regime ﻿

In Karnataka, under the concept of e-Delivery Note, the law mandated every dealer to inform the department about a goods movement transaction (bulk) prior to the commencement of the goods movement, as against the old practice of dealers moving the goods first and then informing the department later, on a periodic basis. Since printouts were, difficult to obtain by some dealers, the e-Delivery Note process was reformed to e-SUGAM. So, the onus of Waybills was upon the dealers and not the transporters.

Under e-SUGAM, the system on receipt of transaction details of goods being transported of a value exceeding Rs 25,000 from the dealer, validates and generates a unique number as an acknowledgment, called the E-SUGAM number. This number and the E-sugam form then becomes the passport for the transport vehicle at the check-post. Similarly, each state had its own format of declaration forms, permits, and waybills. 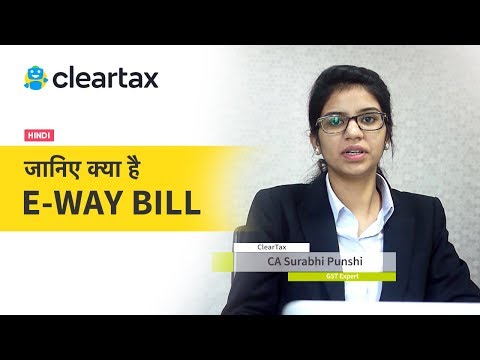 Refer below table for a quick guide to determine validity –

12. As per provision 138(7), E Way bill needs to be generated when there is a movement of goods in a vehicle/ conveyance of value more than Rs. 50,000( either each Invoice or in the aggregate of all Invoices in a vehicle/ Conveyance). However as per latest update as on 23rd March 2018, until a date is notified, a transporter need not generate an e way bill where the consignment individually is less than or equal to 50000 but in the aggregate exceeds 50000.

13. Empty carriers or vehicles do not require E way bills as there is no movement of goods and no value is associated. Also, it is not necessary to generate E way bills when empty cargo containers are being transported. One of the key achievements of the e-way bill will surely be the effective dissolution of state borders. The amount of time wasted at state borders to validate documents with regards to inter-state movements of goods was a hindrance to any business which dared to spread its wings, beyond its home state.