The Reserve Bank of India is introducing new design banknotes in the denomination of 2000 as part of Mahatma Gandhi (New) Series. The new denomination has motif of the Mangalyaan on the reverse, depicting the country’s first venture in interplanetary space. The base colour of the note is magenta. The note has other designs, geometric patterns aligning with the overall colour scheme, both on the obverse and the reverse. The size of the new note is 66mm x 166m. 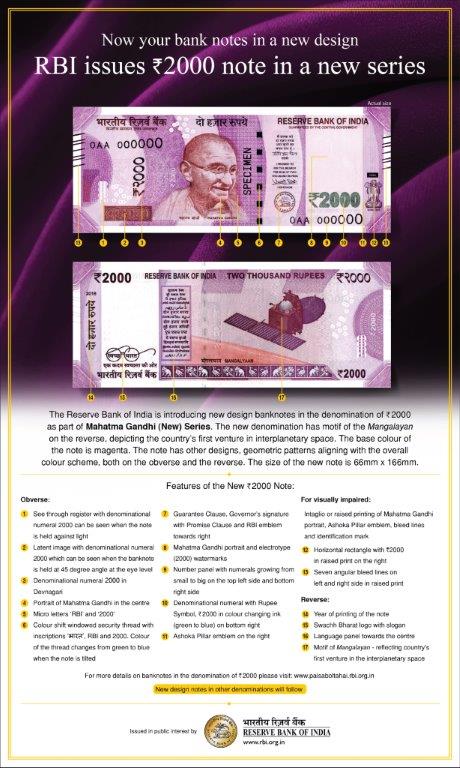