The government body – Unique Identification Authority of India (UIDAI) has launched a new feature that allows users to lock or unlock their Aadhaar number. This is in line with the UIDAI’s drive towards tighter security on user’s Aadhaar details.

1. How to lock Aadhaar number

There are two methods a user can use to lock their Aadhaar number:

Step 1: Go to www.uidai.gov.in. Step 2: Select the ‘My Aadhaar’ tab and click on the ‘Aadhaar lock/unlock’ option. 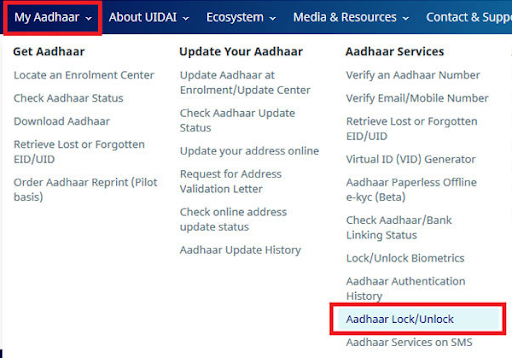 Step 3: Click on the option ‘Lock UID’ and fill in the necessary details. 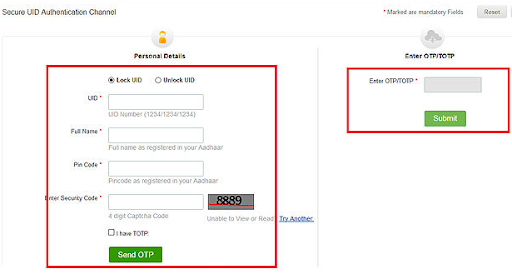 Step 4: Now click on ‘Send OTP’, it will be sent to the registered mobile number. Step 5: Enter OTP and click submit, now your Aadhaar number is locked.

A user can lock their Aadhaar number by the means of SMS with the following steps: Step 1: Send an SMS to 1947 from the registered mobile number. The format of the message should be – GETOTP